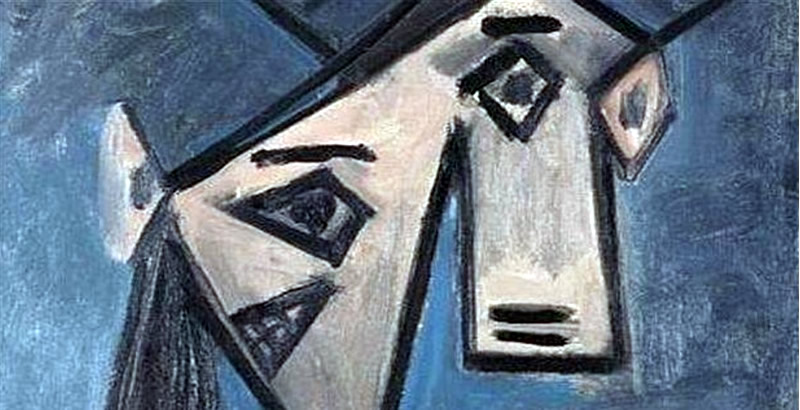 Greek police were mercilessly ridiculed this week after letting a valuable Picasso, which had been stolen from a museum in 2012, fall to the ground only hours after recovering it.

The moment was captured by Greek television cameras during the event in which the police announced that they had recovered the famous 1929 canvas ‘Head of a Woman‘, and in the footage, the painting can be seen slowly falling from the podium on which it had been installed, and crashing to the ground, with one man – wearing a mask, but no gloves – quickly picking it up and putting it back in place.

Lina Mendoni, the Greek Culture Minister, criticised the incident, but insisted that the painting “appears to be in good condition”.

The painting – a gift Pablo Picasso made to Greece in 1949 – had been stolen from the National Gallery in Athens, along with another one by Dutch painter Piet Mondrian – Windmill with Summer House – in 2012.

A subsequent report by the authorities concluded that the institution’s security systems had not been renewed since 2000, revealing that several areas of the museum did not even have surveillance cameras, and the alarms were not working properly. Police said that a 49-year-old bricklayer confessed to being the perpetrator of the robbery and had been arrested.

According to the Minister of Culture, the Picasso canvas would have been “impossible” to resell because of the dedication written in French, which reads, “For the Greek people, a tribute from Picasso”. Picasso’s cubist work depicts a bust of a woman and was a gift from the Spanish painter to the Greek people in 1949, for their resistance to Nazi forces.

The thief said he had initially kept the canvases at home, but recently hid them in a gorge in Keratea, some 45 kilometers southeast of Athens. In the same robbery, a drawing by the 17th-century Italian artist Guglielmo Caccia, better known as Moncalvo, depicting St. Diego of Alcala, was also stolen, however, the suspect claims that he threw it away because it was damaged during the robbery, as reported by abc.es.