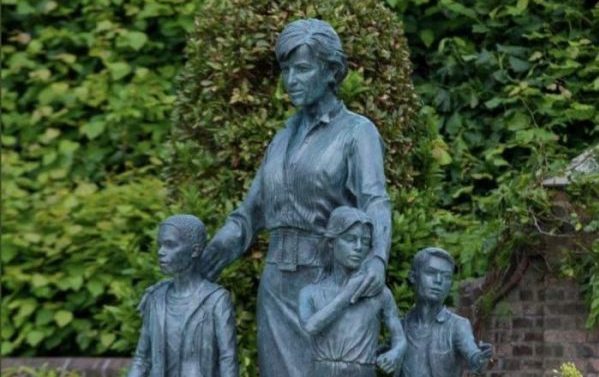 British media have pronounced their verdict on the statue of Diana unveiled in Kensington Palace yesterday and it is not good.

The statue, designed by, Ian Rank-Broadley has been panned by columnists and commentators in The Telegraph and The Guardian. Even Piers Morgan could only muster a lukewarm response tweeting, “Let’s be honest – it’s not a great statue of Diana.”

Criticism ranged from the religious overtones of the statue to the unlikely masculinity of Diana’s face.

“The only provocative thing about Ian Rank-Broadley’s characterless sculpture is how shamelessly it plays up to mawkish Diana worship,” wrote Jonathan Jones for The Guardian.

According to Jones the statue is “a spiritless and characterless hunk of nonsense.”

“It is a religious image that shamelessly plays up to the most mawkish aspects of Diana worship. She deserves to be remembered. But does she need to be turned into a colossal divine protectress of all children? If that is how Harry and William think of her that’s up to them. But this looks like the art of a new religion,” he added.

The Telegraph dismissed the poem that accompanies the statue on a paving stone below the plinth as “five lines of doggerel” and an “embarrassment”.

TV producer Neil Crombie had tweeted, “I’m sorry but this is hideous.” And then added, “Simon le Bon turns transvestite in a bid to save developing world children from peril.”

A BBC spokesperson said it was “an accident” and the like was subsequently deleted.