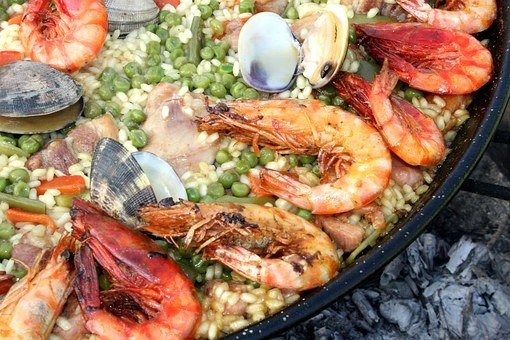 The Ministry of Foreign Affairs has launched its first Guide to Gastronomic Diplomacy, and Spain has a lot to boast about.

Spain has the largest number of chefs on the ranking of The Best Chefs Awards, 15 out of 100, and the most restaurants on the list of The World’s 50 Best Restaurants, 7 out of 50. It has 217 restaurants with at least one Michelin star in the 2021 Guide, which places Spain as the fifth ranked country, behind Germany and ahead of the United States.

That is on top of the Mediterranean diet, designated as an Intangible Cultural Heritage in 2013 and considered to be the healthiest diet in the world by the magazine US News & World Report.

The aim of the guide is to boost gastronomy as an element of Spain’s international image.

“The Guide aspires to strengthen the knock-on effect of gastronomy in such sectors as tourism and exports. The gastronomy sector accounts for approximately 33 percent of Spain’s GDP, and our country is one of the largest exporters of food at a global level,” the Ministry said in a statement

This document, drawn up by Global Spain in coordination with leading chefs says that “Gastronomy is one of the finest assets in the creation and projection of Spain’s reputation abroad.”

“This first Guide to Gastronomic Diplomacy seeks to continue to pave the way in the projection of an inalienable part of our culture, a reflection of our diversity, history and the changes our country has undergone in multiple areas, such as Spanish cuisine, in which unprecedented talent has emerged in recent years, which has placed our chefs among the best in the world. At the same time, this is a fundamental element of health, technology and innovation, a reflection of dynamic agri-food and logistics sectors and an exporter of excellence,” the Ministry said.

The Guide, which is in Spanish, English and French, can be read here.