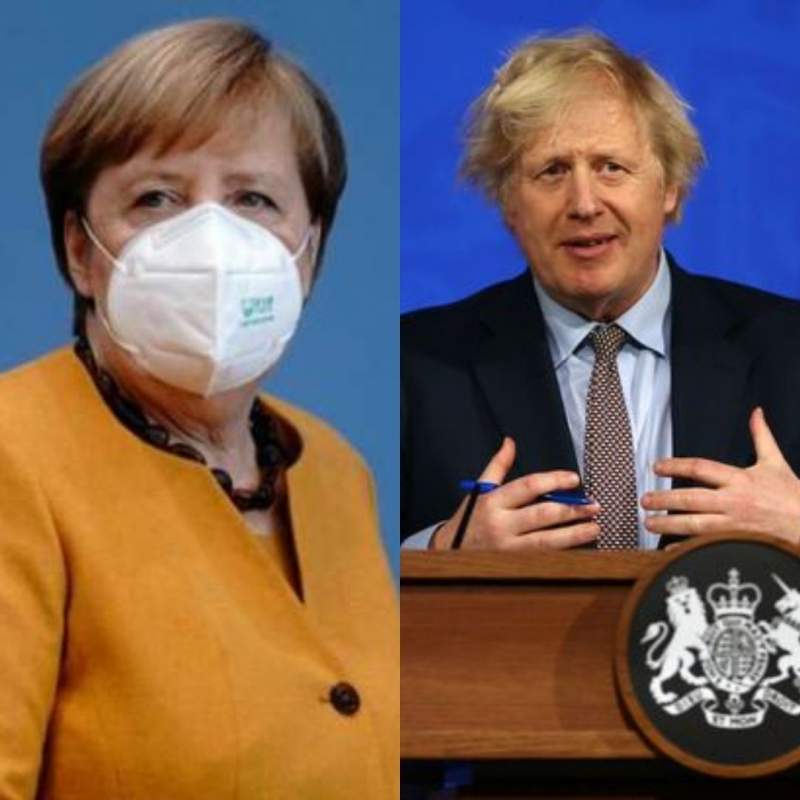 Angela Merkel and Johnson will meet on Friday, July 2.

The Prime Minister will welcome Angela Merkel to Chequers for her final visit ahead of stepping down as Chancellor later this year amid growing tensions about Germany’s concerns about the Delta variant.

The UK is offering a number of sweeteners ahead of the tete-e-tete, including announcing a new award for British and German women in science in honour of Chancellor Merkel and they will agree to hold annual joint UK-German Cabinet meetings and Chancellor Merkel will address a meeting of the British Cabinet

The government also noted that, “Germany is the UK’s second-largest trading partner and every day 730,000 people in the UK go to work for German companies or vice-versa. More than 21,000 Germans study or work at UK Universities.”

Earlier this week the two countries signed a joint declaration to coordinate on foreign policy and security issues.

But Merkel has angered Briton by suggesting that UK travellers should face quarantine when arriving in Europe in order to halt rising rates of Delta infections on the continent.

Speaking ahead of the visit, the Prime Minister said, “The UK and Germany have a steadfast friendship and a shared outlook on many issues. Our scientists, innovators and industrialists work together every day to make the world a better place.

“Over the 16 years of Chancellor Merkel’s tenure the UK-Germany relationship has been re-energised and re-invigorated for a new era. And the new joint ventures we will agree today will leave a legacy that will last for generations.

“Collaboration between the UK and Germany is already helping tackle some of the greatest challenges of our time, including defeating the coronavirus pandemic and tackling climate change, and today the Prime Minister and Chancellor Merkel will reaffirm the importance of that work,” he added.

German Chancellor Angela Merkel will make her final visit to the UK today before she steps down from her post later this year. This will be her 22nd visit since taking office in 2005.