Spain squeeze into the semi-finals after penalties 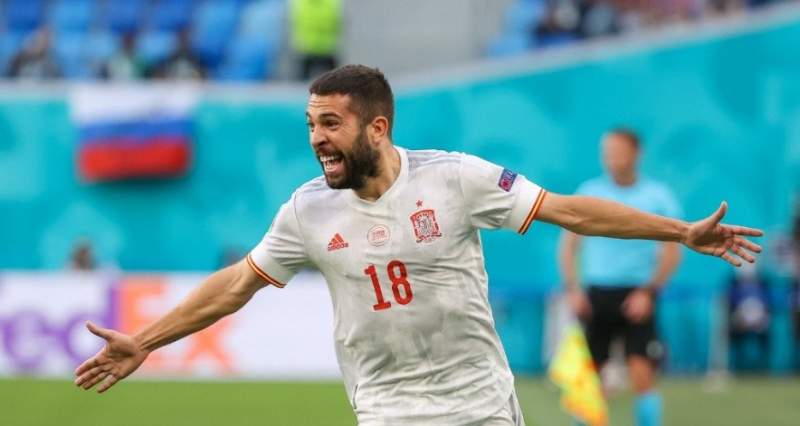 Spain squeeze into the semi-finals after penalties. image: twitter

Here we go, the quarter-final stage of Euro 2020 is upon us today, Friday 2, as eight teams fight it out to be in the last two, in the Wembley Stadium final, in London, on July 11.

First up is Spain versus Switzerland, on paper, a win for Spain, but with the Swiss fresh off the back of beating World Champions France, albeit on penalties, anything is possible, as the two teams face-off in the Saint Petersburg Stadium in Russia.

Spain have scored five goals in each of their last two games, and seem to have a team with lots of players capable of scoring, and the incentive of a semi-final with either Belgium or Italy must surely spur both sides on today.

Spain’s big break came after only eight minutes as they counter-attacked, a corner looked to have been dealt with but it fell to Barcelona full-back Jordi Alba outside the box, who thundered a shot into the crowded box, taking a wicked deflection off the leg of the unfortunate Denis Zakaria, and into the Swiss net, for 1-0 to Spain.

The Swiss we not giving up, and numerous half-chances were created, but it took until the 68th minute to make the breakthrough, as some horrendous defending by Laporte and Pau Torres resulted in the ball bouncing free to Freuler, who squared it to Xherdan Shaqiri, who had the simple task of beating Unai Simon, and rolled the ball it into the bottom left corner for 1-1.

Then, disaster for Switzerland, as referee Michael Oliver, after consulting VAR, showed a straight red to Freuler for a two-footed tackle on Villarreal’s Gerard Moreno, although it looked more of a yellow card, but, the Swiss are down to ten men.

With the match so evenly balanced, extra time was inevitable, and even 30 minutes extra could not separate them, with Switzerland going to penalties for the second time in two games.

Switzerland who knocked France out after scoring all five penalties, incredibly missed three of their first four penalties, leaving Real Sociedad’s Mikel Oyarzabal to score the deciding penalty to send Spain through to the semis in Wembley Stadium next Tuesday.