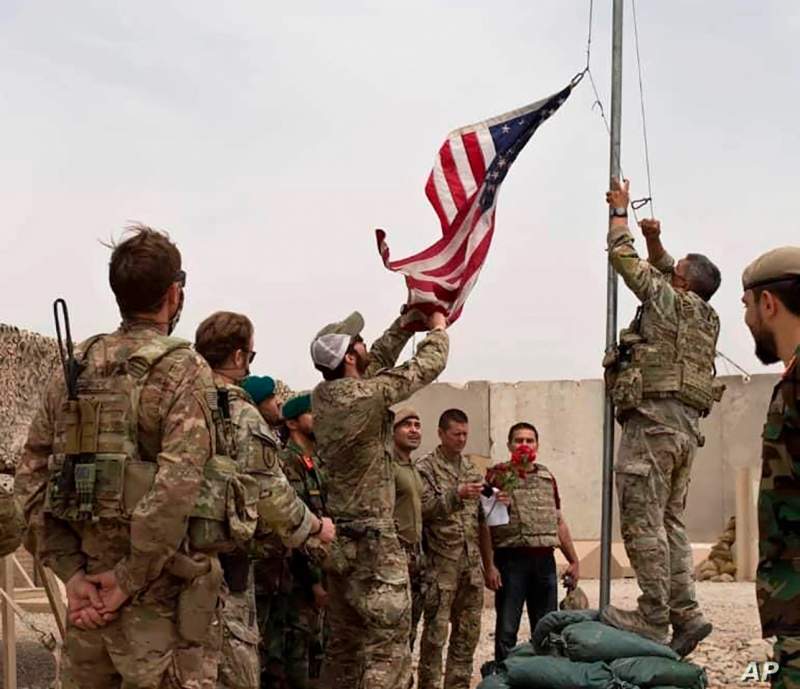 US and NATO troops leave Afghanistan’s Bagram air base after almost 20 years.

All US and NATO troops have left the biggest air base in Afghanistan, a US defence official told AFP news, today, Friday, July 2, signalling the complete withdrawal of foreign forces from the country after almost 20 years of occupation.

Bagram Air Base has served as the linchpin for US operations in the rugged country, where the long war against the Taliban and their Al-Qaeda allies was fought with airstrikes and resupply missions from the airfield.

“All coalition forces are off Bagram,” said the official – who asked not to be identified – without specifying when the last foreign troops left the base, 50 kilometres (30 miles) north of Kabul.

“We still have not been informed of any official handover of the base to Afghan forces,” a senior Afghan official told a reporter on condition of anonymity.

The US military and NATO are in the final stages of winding up all involvement in Afghanistan, bringing home an unspecified number of remaining troops by a deadline of September 11.

The 11 September deadline is the anniversary of the al-Qaeda attacks on America in 2001, which killed nearly 3,000 people and sparked the US-led invasion of Afghanistan. Some 2,500-3,500 US troops were thought to be still in Afghanistan until recently, and they are due to leave along with some 7,000 allied foreign troops.

One of the remaining and most important missions of the combined force is to protect the international airport of the Afghan capital, Kabul, as talks continue on its future security.

Taliban militants have overrun dozens of districts, amid fears that a new civil war could erupt soon after the departure of foreign forces.

The Taliban have launched relentless offensives across Afghanistan in the past two months, gobbling up dozens of districts as Afghan security forces have largely consolidated their power in the country’s major urban areas.

The ability of Afghan forces to maintain control over the vital Bagram airfield will likely prove pivotal to maintaining security in the nearby capital Kabul and keeping pressure on the Taliban.

Over the years, the mini-city has been visited by hundreds of thousands of US and NATO service members and contractors.

It boasted swimming pools, cinemas and spas – and even a boardwalk featuring fast-food outlets such as Burger King and Pizza Hut.

The base also hosted a prison that held thousands of Taliban and jihadist inmates. Bagram was built by the US for its Afghan ally during the Cold War in the 1950s as a bulwark against the Soviet Union in the north.