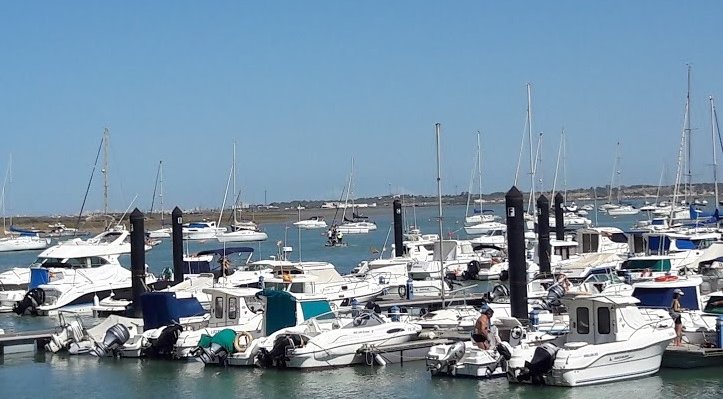 Ana Mestre, the Cadiz representative of the Junta de Andalucia, has announced that the company of Cristóbal Anillo López has been awarded the €219,557 tender from the Ministry of Development, Infrastructures and Land Management, through the Public Agency of Ports of Andalusia (APPA), to carry out rehabilitation works on the beacons and spits of the port of Sancti Petri.

Visiting the port facility on Friday 2, accompanied by Mercedes Colombo, the territorial representative for Development, Infrastructure and Land Management, and Diego Anguís, the director of Autonomous Ports, Ms Mestre pointed out that “the objective of this action, which has an execution period of two months once the works have begun, is the adaptation of the state of the structures and equipment that make up the marking of the entrance channel to the marina”.

Adding, “it is about conservation and maintenance works of the current system, made up of six beacons on metal piles driven into the seabed. This action will improve the navigability conditions of these port facilities, and provide greater security to users who access the Sancti Petri channel”.

Works will begin with the disassembly of the tower, or spike, including the flashlight, solar panels, batteries, and other elements, for the subsequent adaptation and assembly on the new towers.

After its removal, the piles will be cut at a height of one metre, for their subsequent removal by crane and their transfer to land, towed by an auxiliary vessel, which will also transport the new steel pile, where, once installed, the new galvanized steel frame will be mounted.

This renovation will be carried out with all the precautions for the protection of the marine environment, while causing the least possible effect on navigation through the channel.

Ana Mestre indicated, “this action is included in the investment commitment that the Ministry of Development, Infrastructure, and Spatial Planning is carrying out to make Andalucian ports more competitive, and contribute to job creation and economic reactivation.

The port of Sancti Petri with 92 berths is located in the municipality of Chiclana de la Frontera, in front of the Castle of Sancti Petri, near La Barrosa beach, as reported by lavozdigital.es.