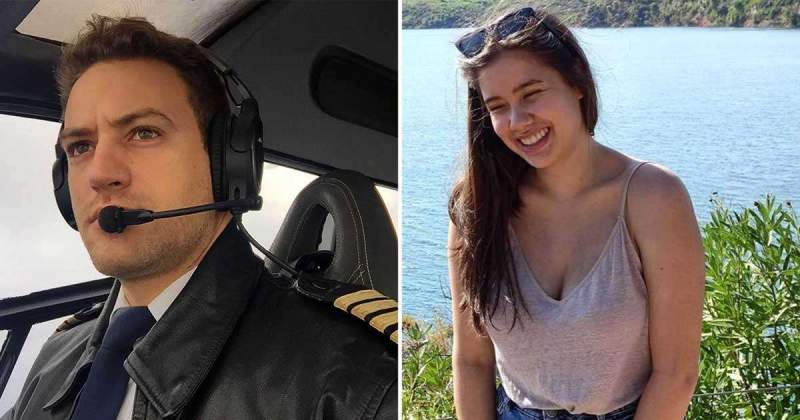 Greek investigators now believe Caroline Crouch was killed by her husband ‘after uncovering he was smuggling drugs’.

Greek police suspect that Caroline Crouch’s husband killed her after she found out he was using his helicopter to smuggle drugs for drug cartels. Caroline, who was just 20-years-old, was killed by pilot Babis Anagnostopoulos, 33, at their family home in Athens.

He has already admitted ending the young lady’s life before allegedly staging a burglary and killing their pet dog to death to cover up the crime.

Detectives are now scrutinising his finances after suspicions about how he managed to fund the couple’s lavish lifestyle. The pair had recently been on a luxury holiday to Dubai and bought a 147,000 euro home in Greece that officers believe may have been paid for through his involvement with drugs.

Police are now reportedly concerned that Caroline may have found out about her husband’s activities and opposed them. After lying to the police for weeks, Anagnostopoulos apologised for smothering his wife to death with a pillow, claiming he “lost his temper.”

It is understood however that he is likely to argue that his wife was “verbally and physically aggressive towards him”.

If he does manage to convince a jury that the killing was unplanned, he could see a life sentence reduced to just 15 years behind bars meaning he could be released within 7 years or even less due to prison overcrowding.

More than 18,000 inmates have been granted early release from prison in the past five years under a law aimed at reducing overcrowding at Greece’s penitentiaries, data from the Justice Ministry show.

The law, introduced in 2015 by the previous justice minister Nikos Paraskevopoulos, has come under heavy criticism from opposition parties who claim it has partly contributed to a recent spate in violent crime by convicts who go back to their old ways after release.

Even after several amendments to the law, some 430-450 prisoners leave prison early every month, many of whom have been convicted of heinous crimes such as robbery and aggravated theft or involvement in drug cases.

In 2017 alone, 4,027 criminals were granted early release, including 320 inmates with robbery convictions, 1,137 jailed for theft, and 698 serving drug-related sentences.
The union of Greece’s prosecutors had warned in 2015 that the law “was tantamount to an annulment of the court rulings.”

Devastated parents of ‘wonderful’ mum killed in Greece vow to look after baby.

The heartbroken parents of murdered British mum Caroline Crouch have reportedly vowed to care for her baby daughter.

Parents Susan and David Crouch said they have been filled with “gut-wrenching grief that will never leave them” since their daughter lost her life in May. Her Greek husband, Charalambos (Babis) Anagnostopoulos, 33, was charged by police with the premeditated murder of 20-year-old Caroline. He had originally claimed to detectives that university student Ms Crouch was strangled by a foreign gang of intruders while he was tied up in another room.