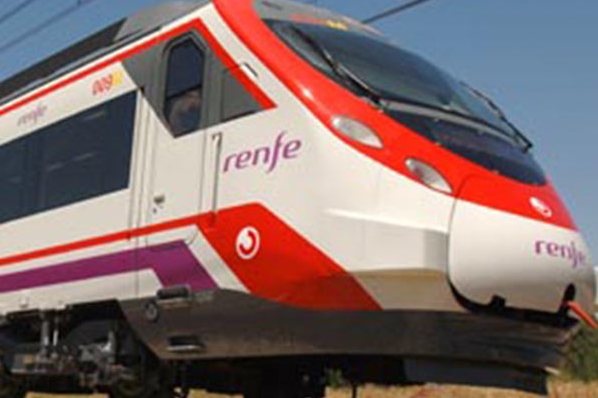 FOUR people, three women and a man have died this Friday, July 2, after a train and the vehicle in which they were travelling collided at a level crossing in Novelda, Alicante, as reported by the Emergency Information and Coordination Center (CICU). The four victims are aged between 29 to 31 years and are natives of Alicante.
The train was travelling from Barcelona to Lorca when the events occurred around 5.15 pm and the CICU was alerted to an accident between a car and a train at the Cami de Castilla level crossing in Novelda. Sources from the Guardia Civil have indicated that the accident has been registered in “a level crossing with barriers”.
As reported by 20 Minutos, Fran Martínez, mayor of Novelda, has indicated that the first information indicates that the driver of the vehicle entered the train tracks, jumping the security barrier, and subsequently the train ran over the car. “The vehicle was occupied by four people, who have died as a result of the accident, while the train passengers are in good condition”, sources from the armed institute have indicated. “The train was able to stop a kilometre after the crash,” according to the Consortium, and intercity travellers are in good condition. Renfe sources have explained that, due to track interception, four buses were enabled to transfer intercity passengers directly to Lorca.
Adif has announced that it has opened an investigation to determine the causes of the accident, while it has been “at the disposal of the authorities”. The company conveyed their condolences to the families and friends of the victims and thanked the emergency teams for their work. The Minister of Transport, Mobility and Urban Agenda, José Luis Ábalos, has deeply regretted the “tragic” accident and has expressed “all his support and solidarity” to their families and his “gratitude to the emergency services for the work done”.