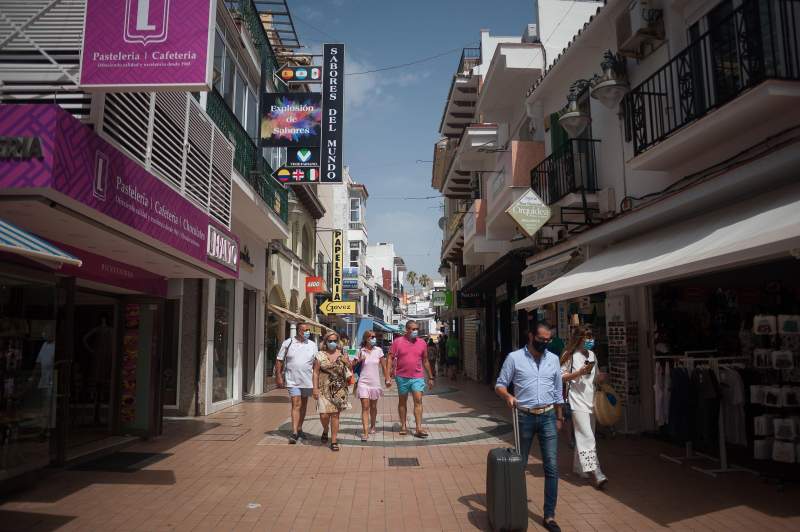 Andalucia in Spain has reported that the incidence rate in the region has increased over the last three days.
Andalucia has registered a total of 1,947 cases of coronavirus today, Saturday, July 3, which is a figure slightly lower than the 2,007 positives reported on Friday,
Friday’s total was the highest figure in the region since late April, according to data from the Ministry of Health, which also registered five deaths, the same data as the day before and higher than the three last Saturday’s.
Incidence rate increase
The most important, and slightly worrying fact, is that the cumulative incidence rate of the community has increased for the third consecutive day after having remained more-or-less stable over the last twelve days down and now stands at 180.62 cases per 100,000 inhabitants- increasing 7.22 points in one day and rising 15.4 points more than a week ago.
The 1,947 cases in the last 24 hours represent the highest number on a Saturday since April 17. Daily figures were 2,007 on Friday, 1,689 positives on Thursday, 1,324 on Wednesday, 1,095 on Tuesday, 1,260 on Monday and Sunday, and 1,327 last Saturday.
By provinces, Malaga is again the one with the most cases with 604, Sevilla with 313, Granada with 234, Cadiz with 275, Granada with 234, Cordoba with 228, Jaen with 186, Almeria with 99 and Huelva with 68.
As for the five deaths, two of the deceased were from Sevilla, one from Almeria, one from Malaga and from Cordoba. Andalucia adds four hospitalised, now totalling 489, and two in ICU’s, bringing the total to 120.
The total number of people in hospitals across Andalucia this Saturday is 489, which is four more admitted today and 40 less than seven days ago, while patients in an Intensive Care Unit (ICU) have also risen to 120, two more in 24 hours and eight less than seven days ago.
It is the first rise in both hospitalised and ICU patients simultaneously on a Saturday in a month, since May 29.
Related:

A mass coronavirus outbreak linked to end-of-year school trips on the Spanish island of Mallorca has led to over 500 positive cases in several regions of Spain. There are 320 infected youths and 2,000 have been quarantined in the Madrid region alone, authorities there said on Friday morning. The trips took place between June 18 and 20.

Besides Madrid, there are at least 50 cases in Galicia, 49 in the Basque Country, 67 in the Valencia region, 20 in Murcia, 12 in Castilla-La Mancha and 10 in Aragón. In Andalucia, 476 students who travelled to Mallorca have been isolated and are undergoing PCR tests.

The youths were in Mallorca to celebrate after taking their university admission exams (EVAU). They were staying at eight different hotels on the island, and took part in “a rather intense program of activities, including festivals,” according to Madrid authorities. The program included a reggaeton concert at the Palma bullring and several boat parties.