Cadiz to host the prestigious SailGP in October 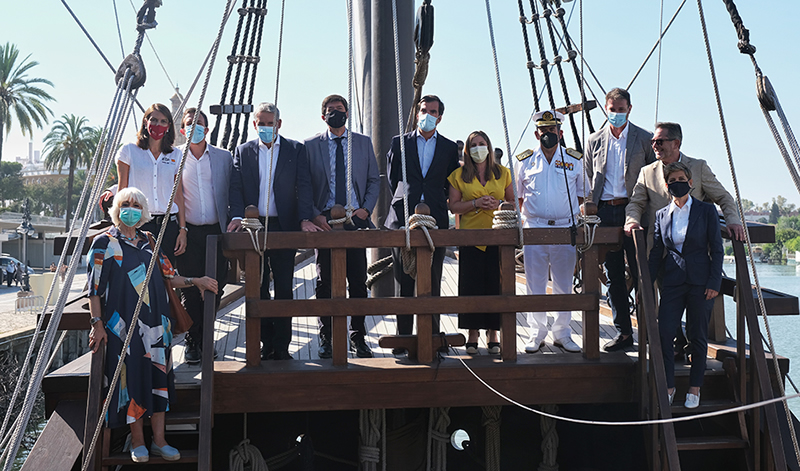 CADIZ will host SailGP in October, the most famous catamaran competition in the world

Juan Marín, the vice president of the Junta de Andalucia, and Minister of Tourism, Regeneration, Justice, and Local Administration, on Friday 2, was in Sevilla to participate in proudly presenting the Spanish Andalusia-Cádiz Grand Prix of SailGP, which will take place in Cadiz this October, with Spain currently leading the SailGP world rankings.

This is the most famous catamaran competition in the world of sailing, with Cadiz to host it, and will attract some of the top nautical athletes in the world to Cadiz, including Olympians, winners of the America’s Cup, and the Volvo Ocean Race.

Also in attendance were, Eugenio Díaz del Río, the Admiral of the Fleet (AFLOT), representing the Commission of the V Centennial of the First Round the World; Russell Coutts the CEO of SailGP; and María del Mar de Ros, the CEO of the Spanish SailGP Team.

Marin described SailGP as “a unique competition in the world that we were very excited to achieve”, with Andalucia having competed with the Balearic Islands, the Canary Islands, Valencia, and Catalonia, for the prestige of holding the event, adding, “we have managed to get the Spanish team to stay in Puerto Sherry for two years to continue training, which will also allow us to continue enjoying these catamarans that are unique in the world”.

The vice president of the Board highlighted the importance of hosting this competition for the dissemination of Andalucian tourism saying, “There are many high-level events that we have shown that can be done in Andalucia, such as the Motorcycle World Championship, Valderrama, the Solheim Cup and now this gift for October with which we commemorate the circumnavigation of Magellan and Elcano that started from Andalucia”.

“500 years later, Andalucia, with navigation is once again the protagonist, and that gives us an international projection that for Andalucian tourism is essential at a time like this, taking into account that tourism is recovering, that today one in three reservations in Spain is destined for Andalucia, and what this competition does is reinforce it”, he added, as reported by juntadeandalucia.es.