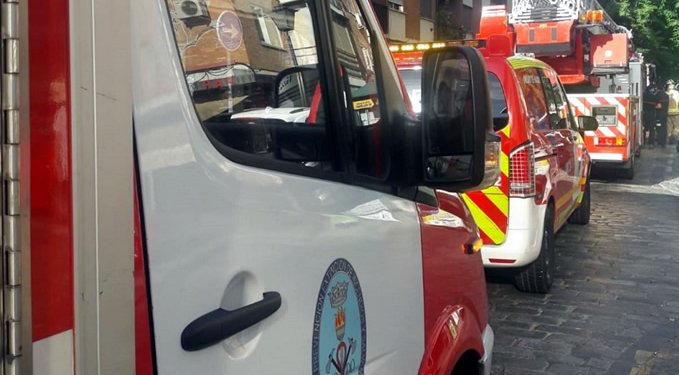 AN eighty-year-old couple along with two police officers, were hospitalised with smoke intoxication after a fire in Sevilla home

An eighty-year-old couple, along with a national Police officer and a Local Police officer, were all hospitalised after suffering smoke inhalation from a fire that broke out in a home, on Saturday 3, in the kitchen of an apartment in Calle Niebla, Los Remedios, in the province of Sevilla.

According to information published by Emergencias Sevilla on social networks, the fire occurred at just before 4pm on Saturday afternoon, with patrols of the Local Police, National Police, Sevilla Fire Brigade, and a 061 ambulance all being deployed to the address on Calle Niebla, after calls had been received from several neighbours informing of the fire.

On arrival at the scene, it was discovered that a neighbor had already controlled the situation by using a fire extinguisher to put out the blaze, but, all the rooms of the home were flooded with thick smoke, so the officers had to enter to rescue the tenants of the house.

The octogenarian couple, aged 86, and 81, were rescued from the smoke-filled building by the police officers, and treated outside in the street by medics from the 061 ambulance, before being transferred to hospital, while the firefighters proceeded to finish the extinction of the fire, and to ventilate the apartment.

Two of the police officers who had entered to rescue the old couple were badly affected by smoke inhalation, and were transferred to a hospital in the city for treatment.

Juan Carlos Cabrera, the Deputy Mayor of the Interior, praised “the importance of the immediate intervention of the first officers to arrive at the place, to prevent the consequences of the incident reaching greater gravity”, whilst also congratulating the two police officers for their rescue of the elderly couple, wishing them and the couple a speedy recovery.

Investigators have said the cause of the blaze was a pan of oil that had been left on the stove unattended and had caught fire, setting light to the kitchen, as reported by sevilla.abc.es.