How to avoid traffic fines on Spanish roads this summer 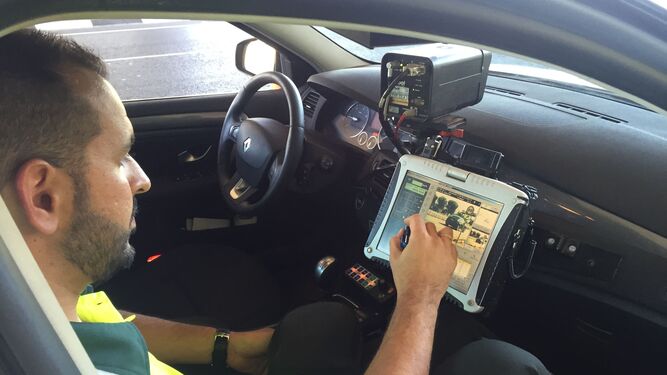 How to avoid traffic fines on Spanish roads this summer. image: Stock Image

How to avoid the most frequent traffic fines on Spanish roads this summer.

Operation Exit begins as summer arrives and traffic figures are expected to return to the figures of 2019, after a year marked by confinement and health and mobility restrictions.

The Directorate-General for Traffic (DGT) has called for prudence and vigilance while at the wheel to avoid accidents during this busy period.

The Directorate General of Traffic reminds everyone that this weekend marks the first of its four phases of ‘Operation Exit’, which is focused on raising driver awareness and regulating traffic on the roads during this summer.

Operation Exit incorporates a total deployment of 780 fixed radars, 545 mobile radars, 216 belt control cameras as well as the use of cell phones at the wheel, 39 drones and a dozen helicopters. In total, the DGT has 28 more drones and 16 additional radars than in 2020 and it looks there is no avoiding them.

Beyond speeding penalties, alcohol controls or bad parking, there are many other driving risks that could cost you a fine such as setting the GPS while in control of your vehicle.

How to avoid frequent traffic fines:

We are all aware i’m sure that talking on the phone while driving is a major traffic hazard. According to the Traffic and Road Safety Law, it is forbidden to use devices such as headphones or similar instruments that may distract you at the wheel, therefore, before starting a trip it is advisable to set the GPS in advance and if necessary change the location or destination. The best thing to do is to make a stop to solve the problem and get going again. Do Not Attempt To Alter Your GPS while driving!

One of the most repeated issues is the use of appropriate footwear, it is illegal to drive with flip-flops, sandals or heels as they pose a safety hazard. Police ‘traffico’ officers could fine you up to €80 euros in these cases, although this infraction is not actually included in the regulations.

As for clothing, it is also not possible to circulate shirtless, in a bikini or with clothing that may be detrimental to driving. If you are unfortunate to get stopped, the officers will determine on the spot that certain clothing can multiply the risk of an accident and thus sanction the driver.

Those carrying trailers, caravans or other units attached to the car must have all the proper papers up to date. Remember that there are restrictions on their weight, and there may even be different speed limitations due to the specification of what is being towed and the vehicle that is towing it- you may not have the correct type of insurance to carry out the task.

If you rent or drive a motorhome you must take into account the requirements or permits necessary to drive them on Spanish roads. Fines for not regularising them or not having passed the ITV can reach €200 while speeding fines can be between €100 and €600.

Drinking or eating while at the wheel

Distractions at the wheel range from checking your cell phone to looking for objects inside the vehicle. During long trips, it is advisable to take plenty of short stops to rest, and this should also apply to hydration. For safety reasons, the driver must avoid drinking or eating while driving, as he/she must keep his/her vision or movements free to react to possible dangers.

Smoking in the car

Users can smoke in the car if they choose to, although care must be taken when they take their hands off the steering wheel between puffs or to light a cigarette.

Likewise, throwing cigarette butts out of the window can result in a very serious fine of up to 200 euros and four points deducted from the driver’s license. The main risk is endangering other drivers, especially motorists and cyclists, or even causing fires in the area, considered a very serious fire hazard in Spain due to the high temperatures and dry climate in the summer.