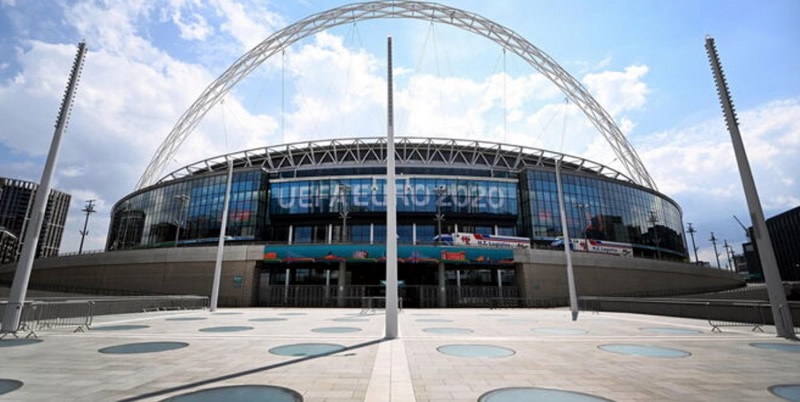 QUARANTINE rules in the UK mean that Spanish, Italian, and Danish football fans will miss the semi-finals of Euro 2020

Quarantine rules for travellers entering the UK from amber list countries are about to hit football fans from Spain, Italy, and Denmark, who might be hoping to fly to Britain to support their respective teams playing in the semi-finals of the Euro 2020 tournament at Wembley Stadium in London, this coming Tuesday and Wednesday.

In a reminder published today, Sunday 5, by the Ministry of Sports, the British Government confirmed that anybody entering the country from an amber listed country must comply with the ten-day quarantine rule – which can be reduced to five days with an additional test.

They warned that officials will deny entry to the country of those suspected of wanting to skip the quarantine, with fines of up to £10,000 (€11,650 euros) for any who fails to comply.

In fact, it is already too late – either with or without a ticket – for fans to arrive in time for the semi-finals, to comply with the regulations, but, they could be quarantined in time for the final, which takes place on Sunday 11, if they were to take the additional test.

All three countries are on the British Government’s amber list – except for the Balearic Islands – so travellers must complete a ten-day quarantine, with a negative test to be provided on arrival, and two more tests taken on the second and eighth days out of the ten days, with the option of another PCR negative test result on the fifth day, with all tests having to be booked in advance online, before travelling.

The statement from the Ministry also pointed out that fans with tickets, who have already quarantined, still have to present a negative antigen test taken 48 hours before attending Wembley Stadium, and once inside, the use of a facemask is mandatory, with the English Football Association carrying out random checks among spectators.

Both semi-finals will be played with an allowance of 75 per cent of Wembley’s capacity, which is 60,000 people, and it is expected that the vast majority will be residents of the British Isles, in what is anticipated to be the largest crowd at a sporting event crowd the pandemic started, as reported by diariodesevilla.es.