Worst forest fires in history of Cyprus devastating the island 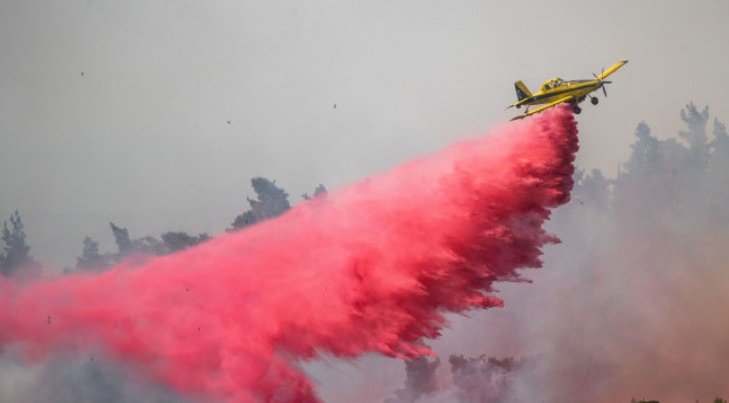 The worst forest fires in the history of Cyprus have led the Cypriot government has made a dramatic plea to the rest of the world for assistance, as the small Mediterranean island deals with an out of control blaze.

Located to the north of Larnaca and Limassol, the blaze is raging out of control through at least six communities in the foothills of the Troodos mountains, with Israel and the EU both offering to send help.

With temperatures reportedly higher than 40C (104F), and strong winds feeding the flames, four Cypriot aircraft are already struggling to combat the spread of the inferno, with skies reported to have been turned black across the island with the thick smoke, as reported by Sky News.

Charalambos Alexandrou, the director of the Cypriot forestries department told Omega TV, “It is the worst forest fire in the history of Cyprus”, adding that the perimeter of the fire was a staggering 40km (25 miles) wide, with residents of the city of Nicosia, which is 45 miles away, reporting seeing the smoke.

From one of the communities affected, a community leader in Arakapas, Vassos Vassiliou told reporters, “It passed through like a whirlwind, it destroyed everything”.

An essential aspect for authorities in fighting the fire as Saturday night drew in was to try and prevent it from crossing the Troodos mountains into the pine forests of Machairas, with Nicos Anastasiades the Cypriot President tweeting, “This is a very difficult day for Cyprus. All of the state’s mechanisms are in gear, and the priority is for no loss of life”.

There has been no mention as yet of the cause of the blaze, but it is reported that the police are questioning a 67-year-old person.