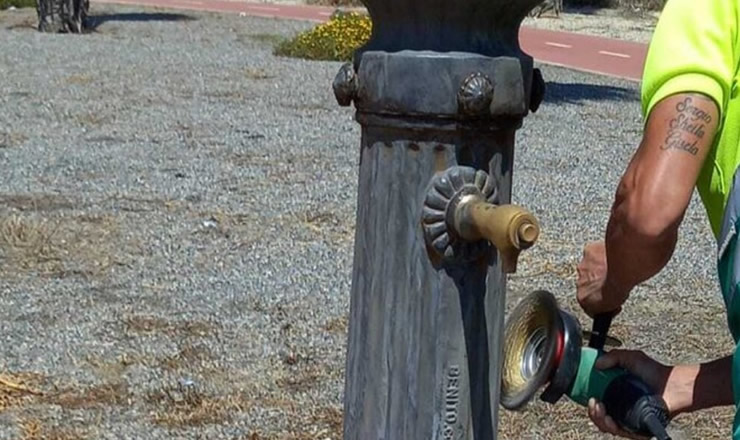 Sacramento Sanchez, the councillor for Almeria city hall has pointed out that the works being carried out by the Department of Municipal Services, to renovate or replace the ornamental drinking fountains that are located along the promenade, and also on the Paseo de Ribera, that were either damaged or in poor condition, are progressing well.

With an investment of €6,000 from the city hall, the council plans to have around 144 of these ornamental drinking fountains operational around the city, with work going ahead on the Ornamental Fountains Improvement Plan to renovate and repair the fountains located in the Nicolas Salmeron park.

Work on the architectural recovery and mechanical improvement of the park’s five fountains began at the start of the month and has already been completed in the case of the Los Peces Fountain, which was the first one to be reviewed and restored.

The plan by the Municipal Services Area is to check all of the fountains that are distributed throughout the municipality, although work will only be carried out on those that are in a state of disrepair.

Starting on those fountains that generate the most users was decided in order to have them repaired or replaced in time for the influx of tourists during the height of Summer, such as those on the promenade, to get them all working properly again, and running as smoothly as possible.

Once Almeria’s ornamental fountains along the coastline are prepared, and the others located in the Nicolas Salmeron park, Ms Sanchez says she expects that ACISA, the concessionary company for the operation of the fountains, will undertake the improvement of those that are scattered throughout the fairgrounds, appealing to, “civility and responsibility for something we can all enjoy, for as long as possible, and in the best conditions”, as reported by diariodealmeria.es.