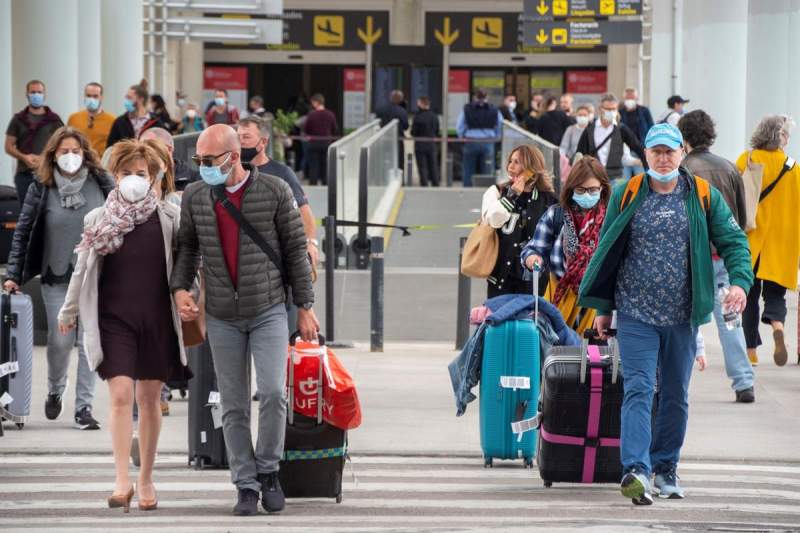 BELGIUM and Germany have announced new warnings against travelling to Catalonia and Cantabria. Berlin has added these two communities to the “red list” of places most at risk due to the coronavirus while Brussels has asked its citizens not to travel to Catalonia if they are not fully vaccinated and to use “common sense” during their travels this summer.

The escalation of covid infections among the younger population still does not translate directly into an increase in hospital pressure but it is already being noticed in tourism, at the moment in the two communities where the accumulated incidence is the most out of control. Catalonia and Cantabria exceeded 1,000 cases per 100,000 inhabitants among the population aged 20 to 29 and 700 among the cohort aged 12 to 19 on Friday, July 2.

As reported by 20 Minutos, this shows that the rapid worsening of the situation in Spain draws the attention of other European countries, which are also large sources of tourists to the Spanish market, something especially necessary given the practical absence of British tourists. In addition to Germany and Belgium, France is also closely monitoring the evolution of the pandemic in Spain, although for now, it has not wanted to take measures or issue any warning to its population.

The Spanish Government considers these decisions with concern about how it may affect European tourism this summer, although it is mainly relying on domestic tourism. It is hoped that the progress of vaccination and individual “responsibility” will correct the current spike in infections and that the ‘covid passport’ does not prevent the rest of Europeans from travelling to Spain. Government sources indicate that, for the moment, neither Belgium nor Germany have announced measures that imply an additional restriction on the need to prove that they are fully vaccinated, have recovered from the virus or have a negative diagnosis.

“This is not good news, the best thing would have been for the entire Spanish territory to maintain its status as a green situation,” said the Secretary of State for Tourism, Fernando Valdés, in an interview on Onda Cero, from Cantabria, one of the black spots of the epidemic right now.