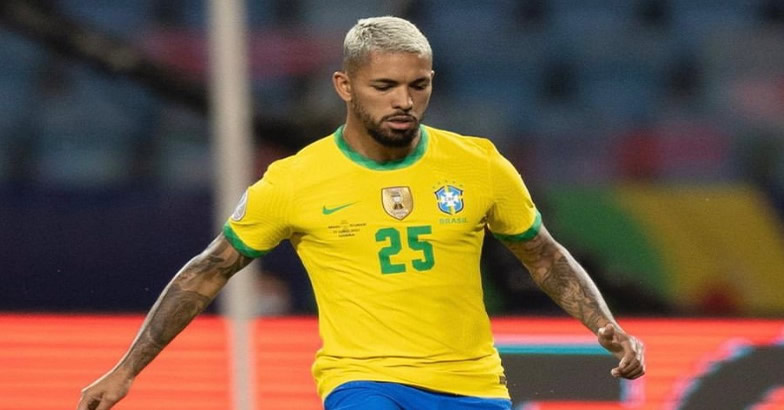 Brazilian FA explains to a judge about omission of No24 shirt in Copa America squad. image: twitter

The Brazilian FA has had to explain to a judge, Ricardo Cyfer, about their decision to not issue the No24 shirt to any of its players in the current 47th edition of the Conmebol Copa America 2021 competition, though the five-time World Cup winners have insisted the decision was not a deliberate one, amid popular claims that the decision was homophobic.

Out of the ten teams taking part in the competition, Brazil is the only one not to feature a No24 shirt in its squad, Douglas Luiz of Aston Villa has No23, and Man City keeper, Ederson, wears the No25 shirt, but there is no player in between.

Originally in the Copa America, as with FIFA international competitions, teams always have a 23-man squad, but with the Covid situation – and the possibility of players having to isolate – it was decided by Conmebol that each country could have up to five extra players in its squad, with Brazil opting to go with only one extra player, making theirs a 24-man squad.

Teams were told they were allowed to have shirts numbered from 1 to 30, and Villa’s Douglas Luiz was that extra player drafted in by Brazil, yet he took the No25 shirt.

It is a well-known fact that in Brazilian football, the number 24 is widely associated with homosexuality, and so the judge demanded to know if the Brazilian FA had deliberately omitted the No24 shirt for this reason, to which their spokesman replied “no”, offering a reply that the numbers are organised for purely sporting reasons, and nothing else.

The link allegedly comes from an old illegal street gambling game played in Brazil, called ‘Jogo do Bicho’ – The Animal Game – where each number corresponds to a different animal, with 24 being the deer, which in Portuguese is ‘veado’, but, the term ‘viado’ in Brazil is also used as a common homophobic slur.

Many Brazilian players in the past have refused to wear the No24 shirt for fear of receiving homophobic insinuations from the fans, and sometimes, to avoid conflict among players, clubs often hand the No. 24 shirt to a reserve goalkeeper who is not expected to have to go out onto the pitch.