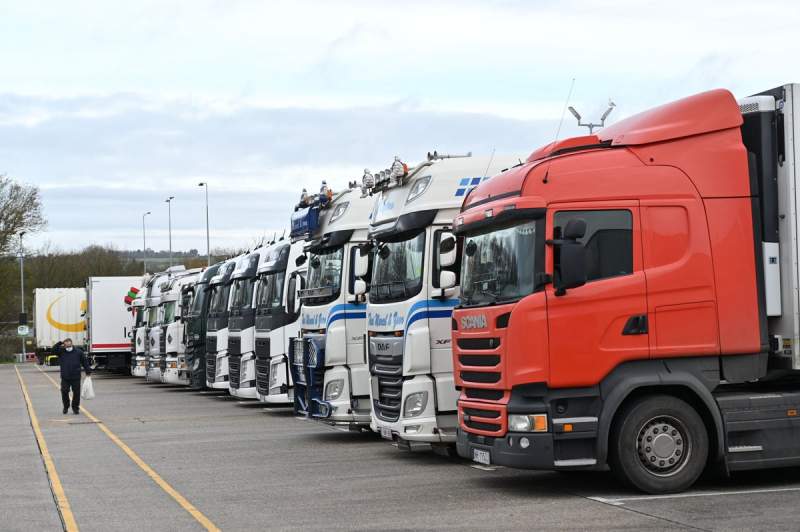 Haulage boss Robert Hewett (pictured below) went out and sought a new depot in the Netherlands after Brexit in a bid to continue his business, however, to his horror, he discovered that his drivers could not drive his lorries due to not having EU-registered driver’s licences.

The haulier has since found a loophole in the European Union’s rules, and that is to train his drivers in Ireland to keep his business running, achieving that is expected to cost him a total of £130,000 – €151,737.

“We thought we’ve invested £3.5million (€4million) by buying a facility in Europe to overcome the Brexit thing and be ahead of the game and then this hit us. The people here, they’ve got families and everything else and we’re making decisions about their lives and they’re trusting us so it would be nice to have some guidance at some point. But in the meantime, we get on with it. That’s what we do. We’re here and we won’t let them down.” said Mr Hewett, speaking to BBC Panorama.

It comes as Northern Ireland’s relationships with Great Britain and the Republic have been damaged by the Brexit protocol, DUP leader Sir Jeffrey Donaldson has said.

In his first interview as leader, Sir Jeffrey called on Prime Minister Boris Johnson to recognise the protocol has harmed Northern Ireland’s constitutional position in the United Kingdom.

He said there will be “opportunities going forward” from the protocol, which grants Northern Ireland access to UK and EU markets, but they cannot be accessed yet because of “unnecessary barriers” created by the Irish Sea border.

“At the heart of the Belfast or Good Friday Agreement are our three sets of relationships, and there’s a very delicate balance within that agreement as to how those relationships are managed. So too our relationship with the Republic of Ireland has been harmed, and indeed it has undermined and destabilised relationships within Northern Ireland itself. We’ve seen that even on our streets. So it is imperative for all of us that we resolve these issues.” said DUP leader Sir Jeffrey Donaldson to Sky News on Sunday, July 4.

The protocol is deeply unpopular with unionists and loyalists as it creates a trade border between Northern Ireland and Great Britain and means EU rules governing trade in goods still apply in the region.

Asked why protesting loyalists should trust Mr Johnson to deliver on the issue after he negotiated and signed up to the protocol, Sir Jeffrey said the Prime Minister should be given a “second chance”.