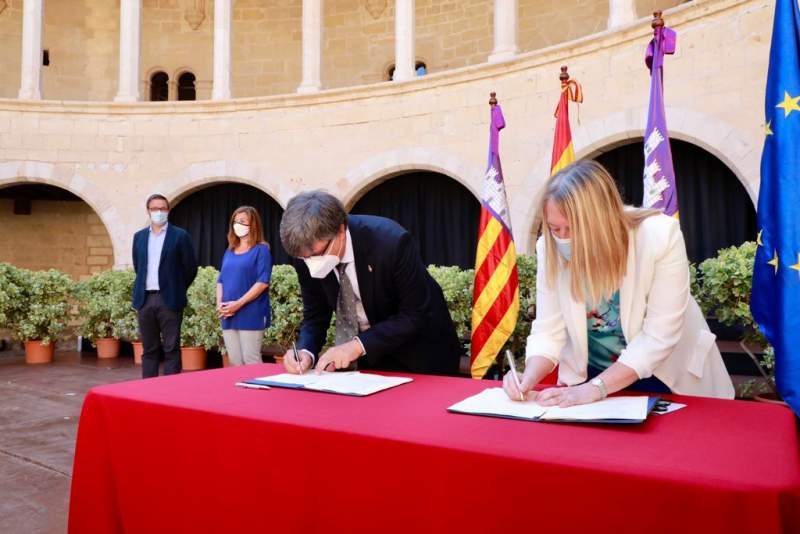 FRESH water and sewage are perennial problems in Mallorca which is why the Balearic Government allocates €131 million to build a new Palma treatment plant.
Of this amount, €104.8 million will come from the European Union Recovery Fund and the balance from the island wide sanitation fee.
A collaboration agreement was signed between local water company EMAYA and Spanish Government organisation ACUAES on June 30 to allow for the construction and operation of the new treatment plant.
Present at the signing ceremony were the mayor of Palma, Jose Hila, the President of the Government, Francina Armengol, and the Government Delegate in the Balearic Islands, Aina Calvo.
“With the signing of this agreement, definitive progress is being made in solving a historic problem in Palma, so that it has the treatment plant that the city needs and the environmental requirements” observed the general director of ACUAES.
The current infrastructure dates from the seventies, has become obsolete after more than forty years of operation and this new plant will greatly increase capacity and ensure that sewage is dealt with quickly and cleanly, with the resulting water being suitable for irrigation and use by the council in parks and gardens.
New technologies will also allow much more efficient operation from an energy point of view. In addition, later there will also be a self-consumption photovoltaic solar installation to power the plant and there will be benefits to Esporles, Marratxí and Bunyola.
A tender will now be issued with work expected to start during 2023 and be completed by 2026.
Thank you for reading ‘Government allocates €131 million to build new Palma treatment plant.’