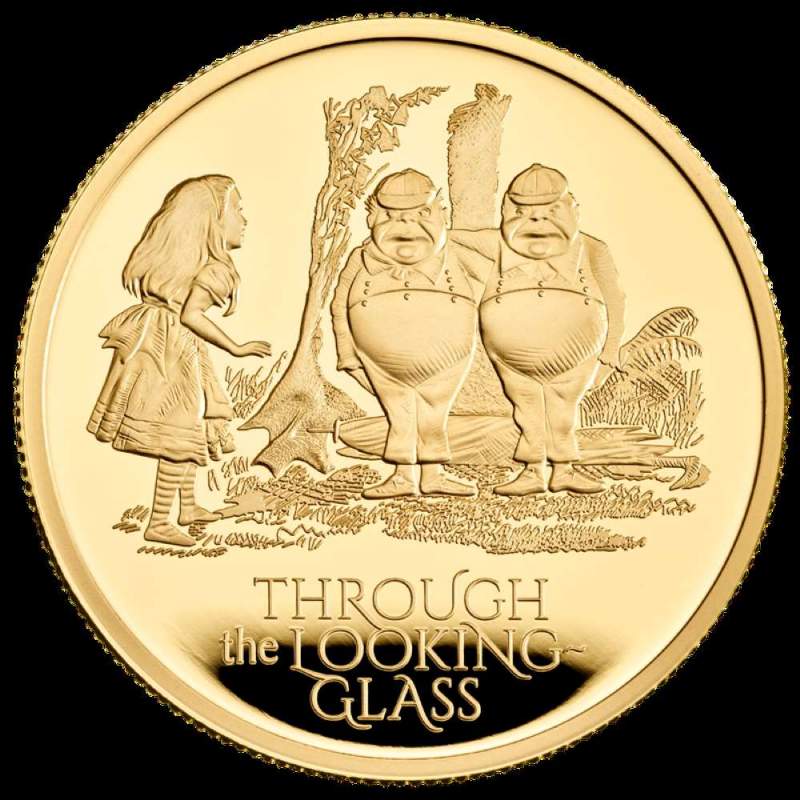 Royal Mint launches Alice in Wonderland coin to mark over 150 years of the children’s book. image: The Royal Mint

The Royal Mint has released a new coin to commemorate more than 150 years since Lewis Carrol’s classic Alice’s Adventures In Wonderland was first published in 1865.

Both coins were created by the mint’s designer Ffion Gwillim and sculptor Emma Noble and the £5 – €5.83 crown provides an ideal canvas immortalising the iconic illustrations in vivid detail and colour, using traditional minting techniques and innovative design technology. Featuring the edge inscription “Curiouser and Curiouser,” the intricate design is one of the most detailed coins produced by the 1,100-year-old Makers.

Much like the popularity of coin collecting, the treasured tales have passed the test of time which are currently the second most searched children’s book in the UK on Google.

Launched in base metal (known as brilliant uncirculated), and also available in gold and silver, the Alice’s Adventures in Wonderland keepsake is part of a two-coin collectors’ range created by The Royal Mint Designer Ffion Gwillim and Sculptor Emma Noble.

The first coin is being launched alongside the V&A’s new exhibition Alice: Curiouser and Curiouser – which features a collection of Sir John’s famous illustrations from the books. The second coin, featuring Tweedledum and Tweedledee, will launch later this summer in celebration of 150 years of Through the Looking-Glass – the sequel to the original Lewis Carroll book.

“Alice’s Adventures In Wonderland is a true classic that has been cherished by generations of adults and children of all ages and is still as popular today. Inspired by Sir John Tenniel’s original illustrations, the beautiful £5 crown has been crafted to the finest quality, combining traditional minting skills with innovation in design technology,” said Clare Maclennan, a director at the Royal Mint.

“We’re delighted to be celebrating the global phenomenon beloved by all ages, Alice’s Adventures in Wonderland, with the 2021 commemorative coins. The designs masterfully capture the charm of Tenniel’s original illustrations and pay homage to some of the Wonderland and Through the Looking-Glass characters that Alice meets along the way.” added Amelia Calver, of the V&A.