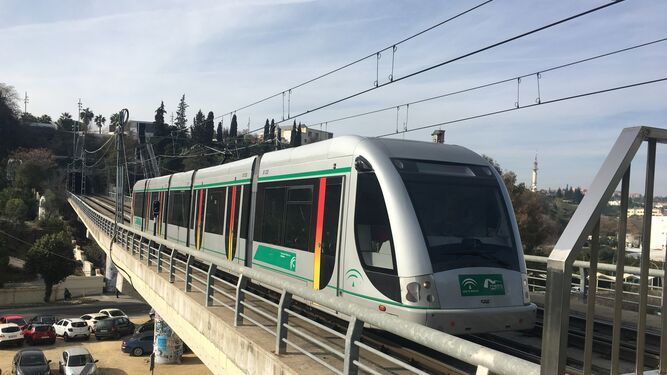 SEVILLA METRO’S Line 3 is to undergo a €3.3million upgrade, along with an extension of the line to the Bellavista neighbourhood

Sevilla Metro’s Line 3 is set to receive an upgrade, after the Junta de Andalucia awarded the UTE of Técnica y Proyectos SA, and Subterra Ingeniería the €3,299,591 tender for the upgrade of the construction project of the southern section of line 3 of the Seville Metro that runs between Prado and Los Bermejales, work which will include the extension of the line as far as the Valme Hospital, in the Bellavista neighborhood, with an execution period of 24 months.

When the extension is completed, the southern section of line 3 will be 9.2km (5 miles) long, comprising 12 stations, and serving a population of 45,000 people, with the construction of a new station at the Abengoa facilities in Palmas Altas, with this new line designed to provide service to the Bellavista neighbourhood, with a configuration that is as accessible as possible,

Marifran Carazo, the Minister of Development, Infrastructure and Spatial Planning, also hopes to have a preliminary draft prepared this Summer for the revision of the northern section between Pino Montano and Prado de San Sebastián, saying, “With this document already updated, I will request an urgent meeting in Madrid to close the financing with the Government, and be able to start bidding for the works as soon as possible”.

The Andalucian Government is hoping to be able to obtain financing for the Line 3 project from the European initiative Next Generation funds, designed to aid recovery after the pandemic, with Marifran Carazo pointing out that this would vastly speed up the execution of a project that had already been delayed for ten years.

Recalling the works to construct Line 1 of the Seville Metro, Ms Carazo mentioned the overspend of more than 100 per cent on the budget – going from €428m up to €900m in the end – with innumerable breaches of the given deadlines, so the Minister reiterated that “to avoid a repeat of history, the Ministry will control the project from origin to finish and will execute an improved project”, as reported by diariodesevilla.es.