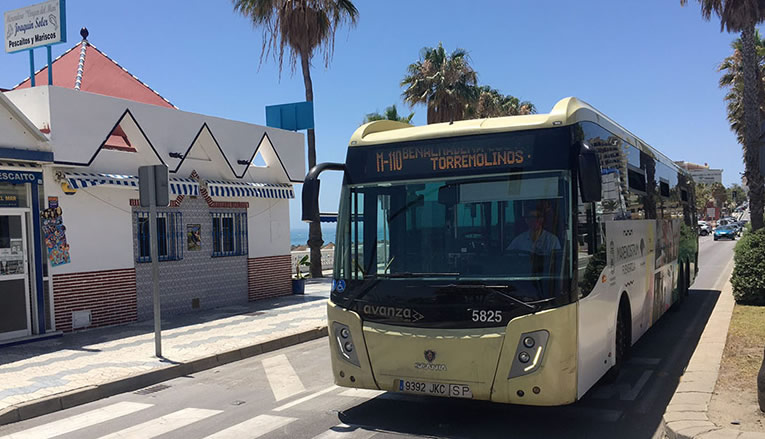 The Ministry of Development, Infrastructure, and Land Management has launched its latest edition – for the third year – of the annual Summer Coastal Transport Program, an initiative that helps those living in the isolation of some small inland municipalities, far from the coast, to be able to enjoy a trip to the beaches of the Costa del Sol.

This scheme was established first in 2019, with great success, and since then, it has not stopped growing, from its original five routes of two Summers ago, to now boasting 16 routes, with the recent incorporation of the provinces of Cadiz and Huelva, to serve a population of 280,000 people.

The routes started operating on July 1, one month earlier than last year, and, in addition, they will be added to other already common public transport services connecting with the Andalucian coast, which are reinforced during the summer period to meet user demand.

With this system, it is not only helping isolated populations, but it is showing a commitment to public, ecological, and sustainable transport, to go to the coast without the need for private vehicles.

Malaga province has four routes that will operate from Monday to Friday, linking the municipalities of Axarquia with the Costa del Sol, with two of them connecting Comares and Alcaucín with Torre del Mar beach.

Moclinejo and its district of Valdés will also run as a separate bus-line, heading to the beaches of Rincón de la Victoria and Cala del Moral, while finally, there will be a service running through the towns of Archez, Canillas de Albaida, Cómpeta, Sayalonga, and Algarrobo, with a final destination of the Algarrobo beach.

These four routes are an extra complement to the reinforcement of its regular bus routes that the Malaga Area Metropolitan Transport Consortium is already carrying out this summer, with extended services being put into operation from inland municipalities such as Alhaurín de la Torre, Álora, Almogía, Cártama, Casabermeja, Colmenar, Mijas, Pizarra and Totalán with the beaches of Benalmádena, Torremolinos, and Málaga, as reported by juntadeandalucia.es.