The Queen awards the George Cross to the NHS 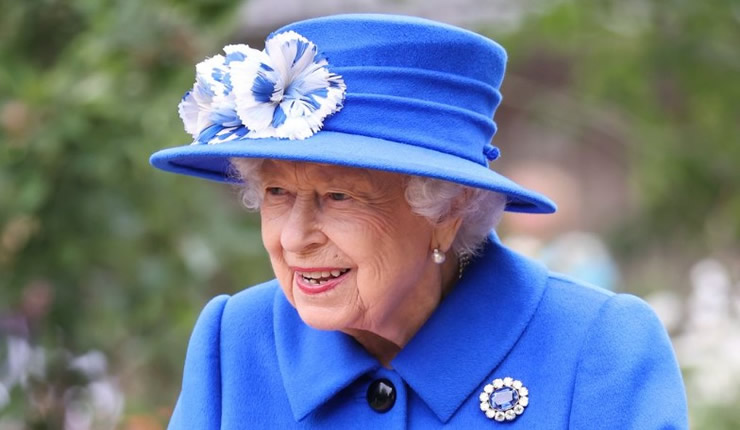 THE QUEEN has awarded the George Cross to the National Health Service on its 73rd birthday, thanking staff past and present

The Queen has awarded the George Cross to the NHS – a wonderful present, today, to mark its 73rd birthday – and in a handwritten message Her Majesty thanked all staff past and present, across the United Kingdom, for all the work they have done, “with courage, compassion and dedication” for the past 73 years.

Today, Monday, July 5, it is 73 years since the NHS was established in 1948, as a part of the social reforms after World War Two, when it was decided to form a state-funded, comprehensive universal healthcare system for the people of Britain.

Given on the advice of the George Cross Committee, and the Prime Minister, Boris Johnson,  being awarded a George Cross is the second-highest honour that can be bestowed in the land, a medal created by King George VI back in 1940, and only ever given as a mark of great recognition of “acts of the greatest heroism or of the most courage in circumstances of extreme danger”, according to Sky News.

As the Queen awards the honour, her message that was handwritten on headed paper from Windsor Castle, said, “It is with great pleasure, on behalf of a grateful nation, that I award the George Cross to the National Health Services of the United Kingdom. This award recognises all NHS staff, past and present, across all disciplines and all four nations”.

It continued, “Over more than seven decades, and especially in recent times, you have supported the people of our country with courage, compassion and dedication, demonstrating the highest standards of public service. You have our enduring thanks and heartfelt appreciation”. 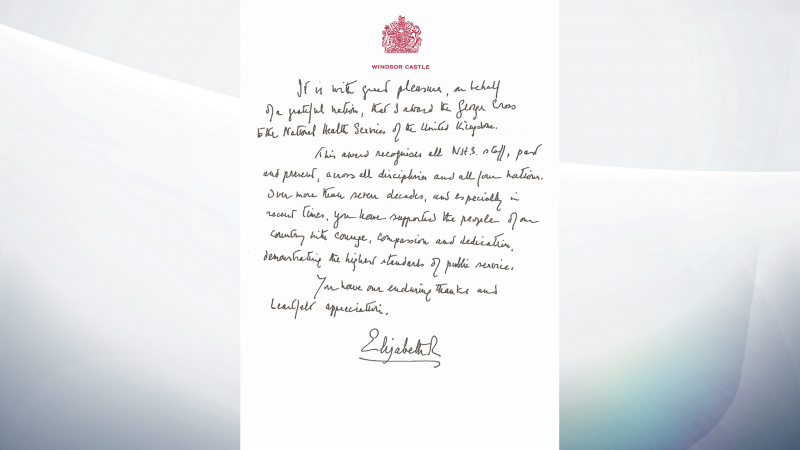 Sir Simon Stevens, the chief executive of the NHS said, “This unprecedented award rightly recognises the skill and compassion, and the fortitude of staff right across the National Health Service – the nurses, the paramedics, the doctors, the cleaners, the therapists, the entire team – who under the most demanding of circumstances have responded to the worst pandemic in a century and the greatest challenge this country has faced since the Second World War”.

Sir Simon continued, “Out of those dark times have come the best of what it means to be a carer and a health professional. In the face of adversity, we have seen extraordinary teamwork, not just across the NHS but involving hundreds of thousands of volunteers, millions of carers, key workers and the British public who have played an indispensable role in helping the health service to look after many hundreds of thousands of seriously ill patients with coronavirus”.

Concluding, “And so, as we congratulate staff across the health service on this award, we recognise that completing the NHS Covid vaccination programme which is in the final stages, is now the surest way out of this pandemic and provides a sense of hope”.