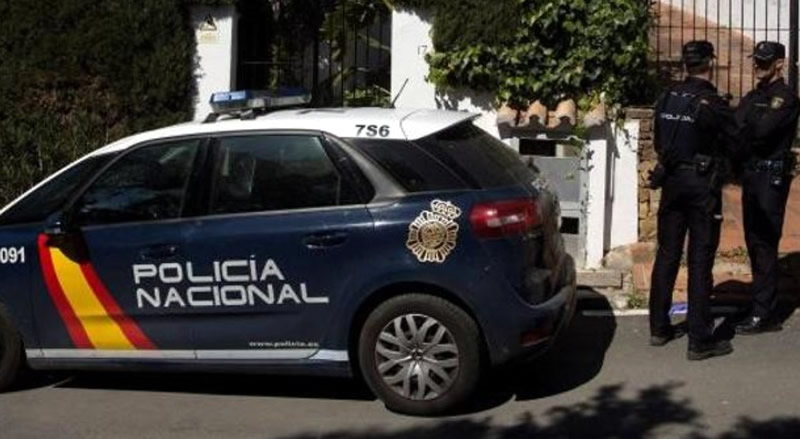 National Police in Alicante are investigating an alleged case of sexist violence that occurred this morning, Monday 5, in an apartment in the Alicante municipality of Elda, during which a man tried to strangle his partner, a 45-year-old woman, after hitting her on the head, with the woman’s 12-year-old daughter then allegedly stabbing the man to defend her mother.

The 61-year-old man was admitted, as a detainee, to a hospital, with stab wounds to his back, while the woman, originally from Brazil, is also hospitalised with bruises, and trauma to the head, with a police source reporting that the little girl is “above suspicion, because she is less than 14 years old” and has since been admitted to a centre for minors, for her protection.

The incident reportedly occurred at around 2am in the morning, as the result of an argument between the couple, where the man allegedly hit the woman on the head with a metal object, apparently a safe, and as a result of the blow, the victim of the assault has fallen semi-consciously to the ground and, then, as he tried to strangle her, the two daughters tried unsuccessfully to separate the man from their mother.

According to police sources – who were alerted to the scene of the incident by neighbours who had heard the screams from a woman – the younger of the two girls took a knife from the kitchen and allegedly stabbed the attacker in the back, to prevent him from strangling her mother.

The Unit for Attention to the Family and Women (UFAM) of the National Police has taken charge of the investigation to try and clarify the circumstances surrounding the incident, but as Alicante police investigate, research sources have already allegedly indicated that there was a previous complaint about domestic violence filed by the same woman, as reported by lavanguardia.com.