Mallorca raises restrictions in Magaluf due to return of British tourists 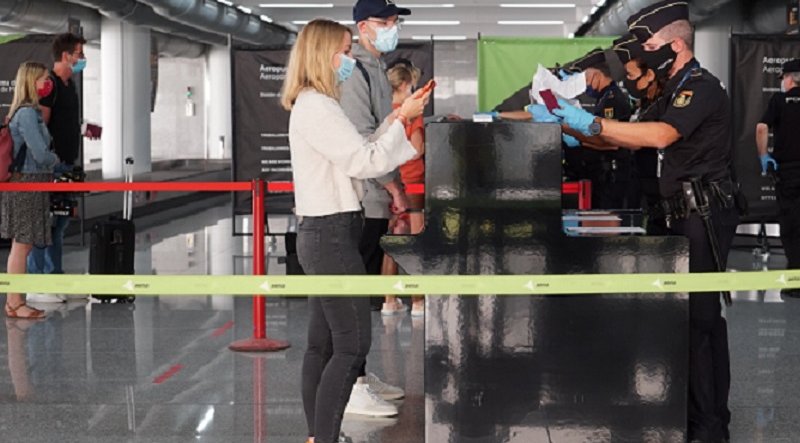 THE Mallorcan Government decided on Monday, July 5, to extend the special restrictions to Magaluf that already apply in the tourism areas of Platja de Palma and s’Arenal de Llucmajor, given the reactivation of the first of these points due to the arrival of British visitors, as announced by the spokesman for the regional Executive, Iago Negueruela. In addition, it was pointed out that the magnifying glass will be put on the role that the English team is doing in the Eurocup, due to the fear of the celebrations that their followers may carry out after the matches.
As reported by La Opinion de Malaga, the councillor spokesman recalled that for a few weeks in the excess areas of Platja de Palma, such as the well-known streets of Jamon and de la Cerveza, and s’Arenal there is a special capacity limitation, with a maximum of 100 people indoors and 200 outdoors, and with a limit of six per table or groupings of tables within the establishments and ten outdoors. Nor are high tables and stools allowed, and closing time is 2 a.m. as in the restaurant complex. In addition, it has been recalled that in the shops of these spaces the sale of alcoholic beverages is prohibited from 9 at night until 8 in the morning.
All these measures now extend to Magaluf, and Sant Antoni in the case of Ibiza, given the return of British tourism and the good results that have been obtained where these restrictions are already in force. As indicated, all events that revolve around the performance of the English football team are also monitored, given the possibility that concentrations are organized in which the covid regulations are not respected to watch their matches or celebrate their possible victories. Negueruela insisted on calling all citizens responsible, especially young people for being the group in which infections are growing the most, and reiterated that the islands cannot afford excess tourism.