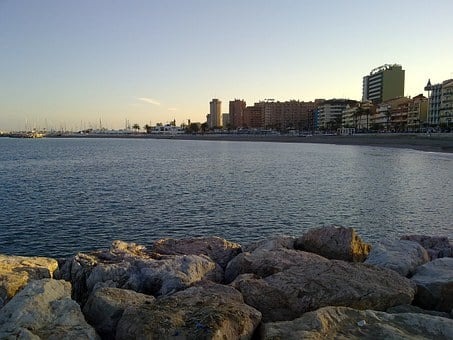 Glasses and bottles were thrown at Fuengirola Police in the early hours of Saturday morning after bars closed in the area.
As the ongoing coronavirus pandemic sees cases continue to rise, some areas of Spain are experiencing problems as young people want to party the night away despite the pandemic. After bars shut in Malaga’s Fuengirola large crowds started to gather and police had to intervene.
On Saturday, July 3, National police officers were deployed in Fuengirola to ensure that coronavirus measures were followed after Andalucia has seen contagions increase amongst young people.
National police officers had to intervene and break up a group of young people who had gathered outside a bar after it closed. The people had wanted to carry on partying but when confronted by the police they started to throw bottles and glasses at them. The confrontation got worse and people started to push, shove and run away from the police. The night ended with one police officer being injured, as reported 20 minutes.
Only one person was arrested and this was a 20-year-old man who is said to be one of the instigators of the events that night. The man already has a police record too. The shocking scenes were recorded by some residents of Fuengirola.
Some autonomous community in Spain are considering closing nightlife or at least restricting it with the aim of preventing further infections of the potentially deadly coronavirus. The incidence rate among young people is rocketing but the Spanish government have at the moment at least ruled out a curfew.
The government has left it in the hands of the communities to decide what measures should be taken at the moment.