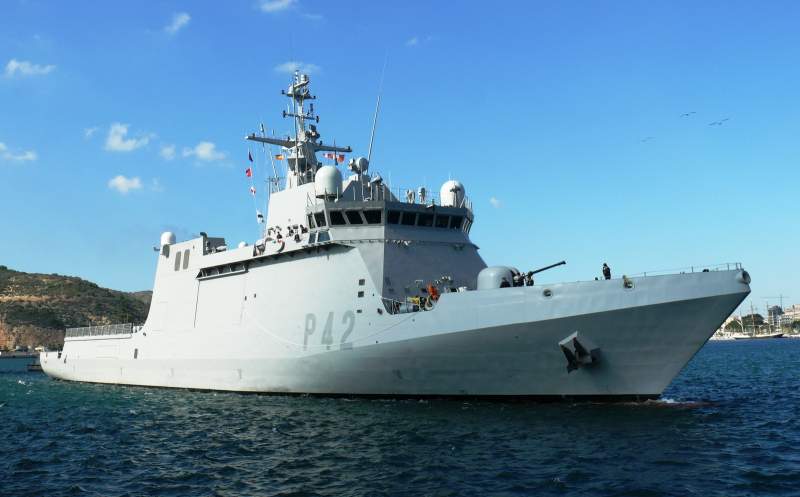 The Rayo is currently in the Black Sea with NATO. Image: By Diego Quevedo Carmona, Cartagena.

Russia is tracking a Spanish patrol boat taking part in NATO exercises in the Black Sea, it also buzzed an American jet and has warned the UK is poised to get punched.

Spanish patrol boat ‘Rayo’ has been taking part in operation Sea Breeze along the Ukraine, the US, UK and other NATO members.

Russia started tracking the vessel on July 6, according to Russian media reports.

Operation Sea Breeze is taking place in the Black Sea from June 28 to July 10 and involves 5,000 soldiers, 40 aircraft and 32 ships.

On June 23, the Russian Ministry of Defence claimed it had shot at Britain vessel, HMS Defender, because it had breached Russia’s territorial waters.

The UK however swiftly denied an incident had taken place and said Russia was conducting regular exercises and did not fire at the warship.

The incident came just two days after the UK signed an agreement to boost Ukraine’s naval capabilities onboard the warship.

The agreement includes the introduction of new capabilities through the delivery of new naval platforms and defensive shipborne armaments, the training of Ukrainian Navy personnel, the creation of new naval bases, and the purchase of two Sandown class mine countermeasure vessels.

On Tuesday, July 7, Russia’s deputy foreign minister, Sergey Ryabkov, said countries meddling in Ukrainian affairs would “get a punch in the nose”.

“The essence of the problem is the desire of Britain and, of course, the United States, to indulge Kiev. The provocateurs must be treated very directly and objectively. It must be explained to them why, next time, they’d be better off leaving their provocations aside and not coming here, because they will get a punch in the nose,” Ryabkov told reporters in Moscow.