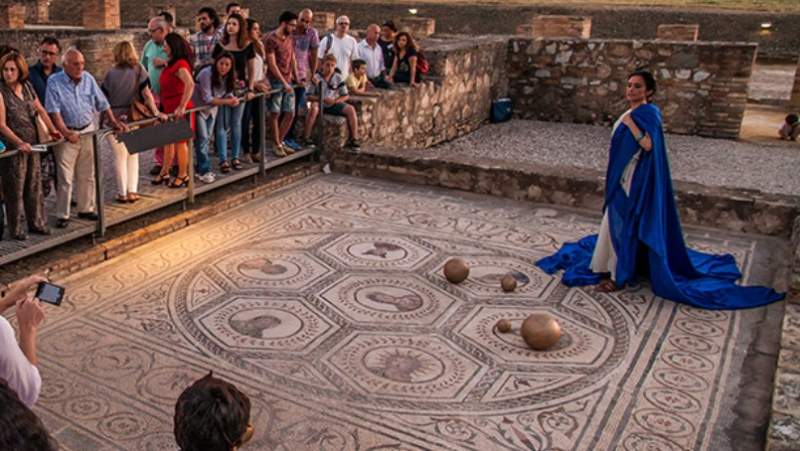 Patricia del Pozo, the Minister of Culture and Historical Heritage announced on Tuesday 6 that during July and August, free-entry guided night visits will be resumed in the stunning amphitheatre of the archaeological site of Italica, located in the Sevillian municipality of Santiponce.

Ms del Pozo pointed out that “the recovery of the night visits to Italica, which were carried out for the last time in 2016, is part of the Andalucian Government’s commitment to revitalise the archaeological complex with a view to its candidacy as a potential Unesco World Heritage site, which adds to improve the experience of the visitors”.

During July and August, visits will be available on Fridays, Saturdays, and Sundays, at either 9pm, or 10:30pm, but visits can only be pre-booked through the booking form that is available on the Italica website, with bookings limited to only four tickets per person, from 10am on Tuesday 6, with spaces already available for this coming weekend.

Tours will include visits to the cult spaces of the amphitheatre, where you can trace the religiosity of the inhabitants of the ancient Roman city, including, the sanctuary to Dea Caelestis, the chapels dedicated to Nemesis, the space possibly dedicated to Hecate, and the galleries where magical practices and rituals have been documented as taking place within the building.

The general conditions of the visit, which will be adjusted to the sanitary regulations in force at all times, state that the tickets will be nominative, and the participants will have to be accredited with an identity document before the start. Once the reservation is made, it will not be possible to change the day and time, and arrival in advance of the start of the activity will be essential.

Recently, the Ministry of Culture and Historical Heritage reported the location of three new mosaics in the last excavation campaign at the Casa de Patio Rodio, specifically, these are two samples of mosaics with black and white tesserae, and a third of polychrome tesserae, which cover an area of ​​about 16m², 75 per cent more than what is known so far.

In parallel, a few weeks ago, a mobile phone application has been launched that allows visitors to Itálica to access both virtual and augmented reality content and 3D recreations of Sevilla’s Italica amphitheatre, and the House of Birds, two one of the most emblematic spaces of the Roman city, as reported by juntadeandalucia.es.