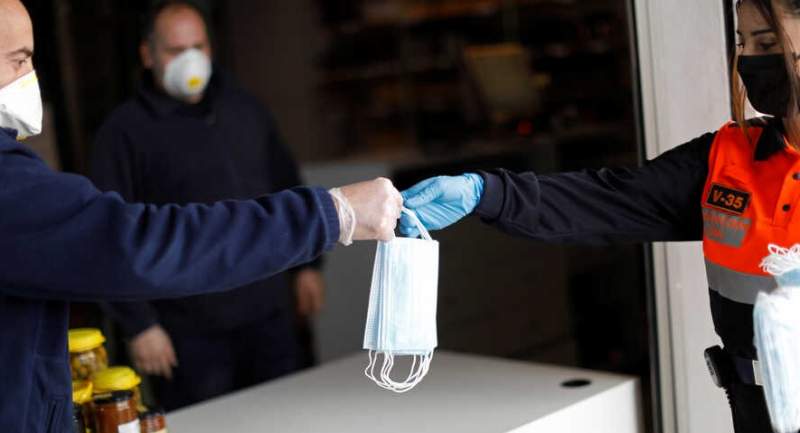 Spain has distributed over 14.4 million covid masks among vulnerable groups and food banks.

The Spanish government has distributed a total of 14,465,000 surgical masks this week for vulnerable groups through the Spanish Federation of Municipalities and Provinces (FEMP) and various social entities across the country.

It is now not legally required to wear a mask outdoors in Spain but recommended due to the rapid spread of the Delta variant throughout the country and Europe.

As on previous occasions, the Ministries of Health and Territorial Policy and Public Function collaborated in the action and the distribution of the masks was coordinated through Government delegations and sub-delegations across each autonomous community.

More than 7.2 million masks will be distributed through the FEMP in local groups, while the other 7.2 million will be distributed among the Caritas social group (308,000); Red Cross (3,466,000); the European Network to Combat Poverty and Social Exclusion, EAPN (2,008,000); and the Spanish Committee of Representatives of People with Disabilities (CERMI), which will receive 504,000 units.

A total of 932,000 masks will also be distributed through the Spanish Federation of Food Banks (FESBAL), in addition to 41,000 units that will go directly to the autonomous cities of Ceuta and Melilla, to meet demand in schools where thousands of immigrant children are receiving their education- supplied and paid for by the Spanish government, albeit with a top-up from the EU.

The delivery scheduled for next week is in addition to the more than 13 million masks that were distributed last March through the same channels, to which FESBAL is now joining.

Throughout 2020, more than 64 million masks were distributed among the FEMP and social entities; 32 million, specifically, between the months of November and December to reinforce the campaign among the most economically vulnerable groups at the end of the year.

APRIL 2020: UNICEF Spain donated 418,000 face masks to the Government of Spain in support of the national response on COVID-19. The masks are in addition to the medical supplies that UNICEF Spain donated over the past few weeks, which included 1,050,000 gloves, 100,000 virus detection kits, 1,000 sets of personal protective equipment (PPE) and 97,000 units of hand sanitiser.

“UNICEF Spain is doing everything we can to protect healthcare workers and citizens, and to reduce the spread of infection,” said Gustavo Suárez Pertierra, President of UNICEF Spain. “These protective supplies are part of our overall initiative to protect the health of children, citizens and subsequently, support authorities in combating this pandemic.”