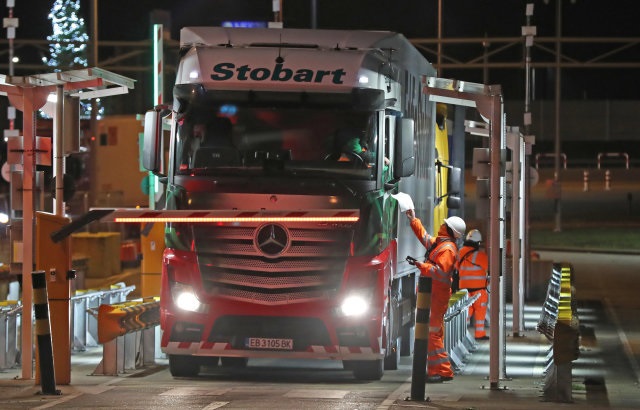 The UK is to relax some rules for lorry drivers as retailers, wholesalers and suppliers warn bare supermarket shelves could be imminent because of a shortage of HGV drivers.

The move is however unlikely to go far enough industry experts and associations who say Britain is facing food shortages and empty supermarket shelves within weeks because of a chronic shortage of HGV drivers.

The shortage, which was caused by new rules on who can work and stay in the UK, and compounded by Covid-19, is now seriously impacting the supply of food products to British supermarkets, supply chain operators, wholesalers and supermarket chains have told the government.

They are urgently requesting that the government include HGV drivers in the shortage list of occupations to secure the right to work in the UK. So far, the government has not indicated it will do this.

According to the chief executive of UK’s Federation of Wholefood Distributors (FWD), even schools, which are obliged to provide free school meals, will be unable to do so when they reopen in September.

“FWD predicted that wholesalers would not have met customer demand had the original Freedom Day gone ahead as intended on June 21 and we told the government it had less than a month to find a solution and avert an even bigger crisis before its revised date of July 19. And still we haven’t got to the worst of it – that will come in September, when schools, workplaces and hospitality will all be competing for an increasingly scarce resource,” James Bielby said in a statement.

Bielby also revealed that the government had on June 28 accused the retail and supply sector of “crying wolf” and that the situation is not that bad. Bielby said he firmly disagrees and that gaps on British supermarket shelves are looming.

“It’s not that the government isn’t aware of the problem. The crisis in haulage has been on its radar for years and it’s heard all the warnings of an ageing driver population and a lack of new entrants to the sector. It might even have calculated that Brexit would see many EU nationals leaving the driver market in the UK, or that others might prefer to take the offer of furloughing themselves rather than expose themselves to a raging pandemic,” he said.

“Where the government has got this catastrophically wrong is in its insistence that this is a medium- to long-term problem and therefore needs medium- to long-term solutions. To believe this, ministers have to cover their ears and pretend the wolf howls they can hear are coming from much further away than they really are.

“It’s bad now; with millions of us desperate to enjoy someone else’s hospitality in pubs and restaurants over the next couple of months it’s only going to get worse,” he added.

One June 30, the UK’s Road Haulage Association also accused Prime Minister Boris Johnson of dodging questions about HGV drivers and of ignoring a 12-point action plan they and others had sent to Johnson in late June amid “a perfect storm of European drivers leaving the UK.”