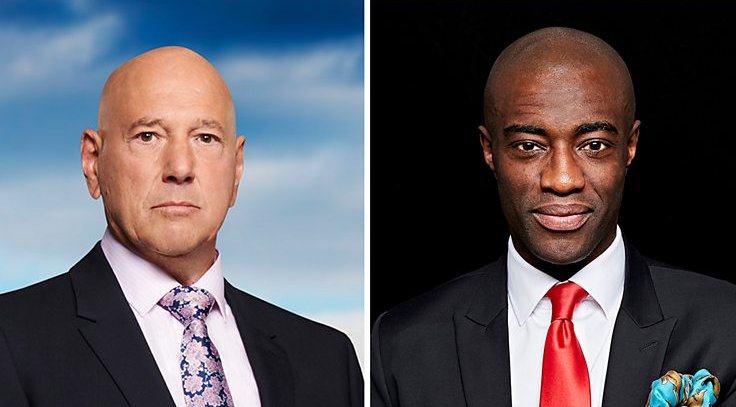 Former winner Tim Campbell will assist Lord Sugar in the boardroom for upcoming series of The Apprentice.

Lord Sugar has appointed former winner and entrepreneur Tim Campbell to cover the role of one of his boardroom’s aides in BBC One’s The Apprentice, as Claude Littner takes a one-series break

Alongside Baroness Karren Brady, Tim will be scrutinising the candidates as they’re put through their paces in a series of testing tasks and compete to win a life-changing £250,000 investment for their business, in what remains the toughest interview process in town.

Tim became the first ever winner of The Apprentice when the multi-award-winning series launched in 2005. He landed a £100,000-a-year job with Lord Sugar’s firm Amstrad and left after two years to found the Bright Ideas Trust, a charity which helps young people to set up their own businesses. He received an MBE in 2012 and now runs his own digital marketing agency, Marketing Runner.

Claude Littner, who has been involved in The Apprentice since the very first series, is taking some time off to recuperate following an operation earlier in the year.

“Claude has been part of the series since the beginning and is leaving an important boardroom chair to temporarily fill. I’ve been speaking to him regularly about his recovery, and of course hope we see him back in the boardroom very soon. In the meantime, my former winner Tim Campbell will step into Claude’s seat and be my eyes and ears as the candidates face a tough set of business challenges in the upcoming series,” said Lord Sugar.

Claude Littner added, “I’m hugely grateful to all the surgeons and nursing staff at St Marys Hospital for their incredible care and getting me on the road to recovery. Whilst I’m disappointed that I won’t be out and about covering the tasks or in boardroom for this upcoming series, I’ll most definitely be glued to the action from my sofa.”

The Apprentice will return to BBC One in early 2022 and more details about the next series will be announced in due course.