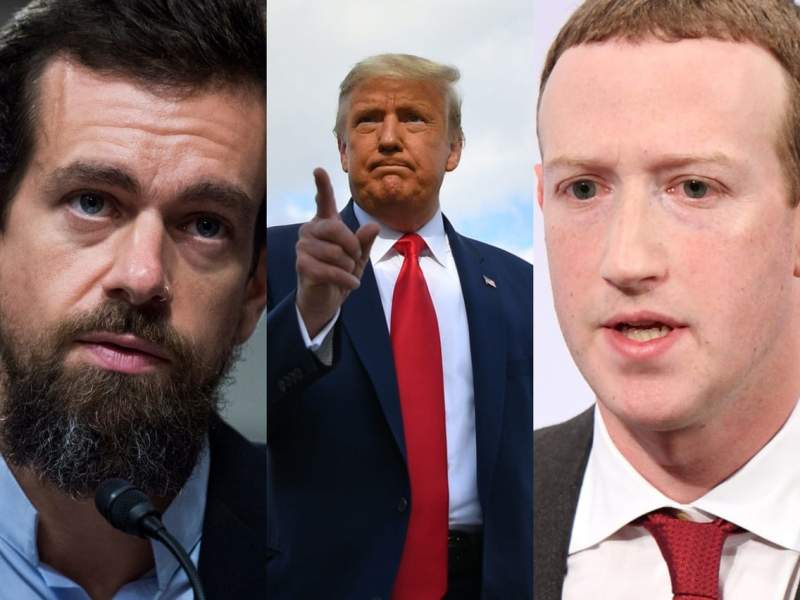 Former President Trump is to sue social media platforms Facebook and Twitter CEOs over being banned from their sites.

Former President Donald Trump said on Wednesday, July 7, that he has filed class-action lawsuits against tech giants Facebook, Twitter and Google — along with their CEOs, Mark Zuckerberg, Jack Dorsey and Sundar Pichai — because of bans imposed on him and others.

“We’re demanding an end to the shadow banning, a stop to the silencing, a stop to the blacklisting, vanishing and cancelling,” Trump said at a news conference in Bedminster, New Jersey, adding that “we are asking the court to impose punitive damages.”

He spoke from behind a lectern bedecked with an insignia designed to look like the presidential seal and in front of a backdrop reminiscent of a White House portico.

Trump argued that the suspension of his social media accounts amounts to an infringement on the First Amendment’s guarantee that speech won’t be curtailed by the government.

Fundamental to that case is his relatively novel contention that the major tech firms function as arms of the federal government rather than as private companies.

“The Founding Fathers inscribed this right in the very first amendment to our Constitution because they knew that free speech is essential to the prevention of, look … the prevention of horror,” said Trump, who called the case a “pivotal battle” for the right to free speech.

Trump is filing the suits as class actions instead of simply on his own behalf, contending that the social media platforms should not enact limits on other conservative users.

Trump has often sued people in the course of his career, but rarely actually followed through in terms of winning a judgment or even taking cases to trial.