Many of us have voluntarily self-isolated during Covid 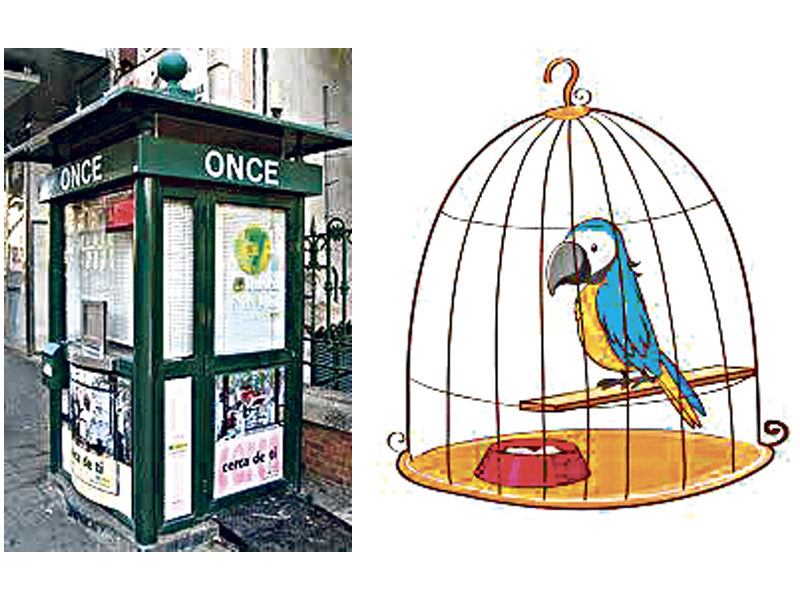 Self Isolation may be voluntary - or involuntary.

WHEN it has not been compulsory, many of us have voluntarily self-isolated during Covid, thus surrendering freedom of movement. In a sense, others have been doing this all their lives.

Outside our office on a street in Barcelona in the 80s, an elderly man known as Martin was ensconced in an ONCE kiosk where you could buy lottery tickets. Apparently, he had been there every weekday for the past 40 years and had never been noticed as absent. He was always there, confined to a space of about one square metre.

Likewise, my barber, whose salon had a kitchen and bathroom attached.

From 1977 to 1995, I was travelling extensively. At any time from Monday to Saturday between 10am and 6pm, I knew where Franco was. I could be in an office, a hotel, an airport or a restaurant anywhere in Europe, the Americas, Japan, South-East Asia or Australia but, unless he were ill, Franco would be merrily snipping away in his Berkshire village salon – until he hung up his scissors in 2018.

Martin and Franco had chosen a presumably contented lifestyle within a very limited environment. Like shopkeepers and publicans, they can get out in the evenings, travel at weekends or take holidays, but the fisherman on the beaches of Axarquia and the tillers of the surrounding soil rarely stray far from their familiar world.

Most careers involve restriction of free movement. We may spend most of our days in an office, a factory or a warehouse, but at least there is space to move around and a change of scene in the evenings.

Even airline crews, flying everywhere, may have a routine, being confined most of their working lives to a small space and repetitive routes. But they experience a variety of restaurants, hotels and cultures in their free time.

The president of a company I worked for frequently flew from London to New York spending one night there and returning the following day. On several occasions he did this twice in one week! Otherwise, assuming he was awake, he was in his or somebody else’s office or tucking into a business lunch or dinner.

Self-isolation is not always voluntary. It could be a result of one’s economic or financial situation or it may be a temporary requirement of Covid law for travellers returning to the UK. Prisoners are denied freedom to come and go as they please, as are many modern-day slaves.

The parrot locked in a cage outside a restaurant on Nerja’s Burriana beach suffers a pitiful existence as a sacrifice to the occasional amusement of a passing child. It can’t even flap its wings. What is it thinking as it watches the seagulls gliding freely in the infinity of the sky above? The dog permanently tethered day and night by a rope no longer than a metre probably senses that it is missing out on exercise, nutrition and affection.