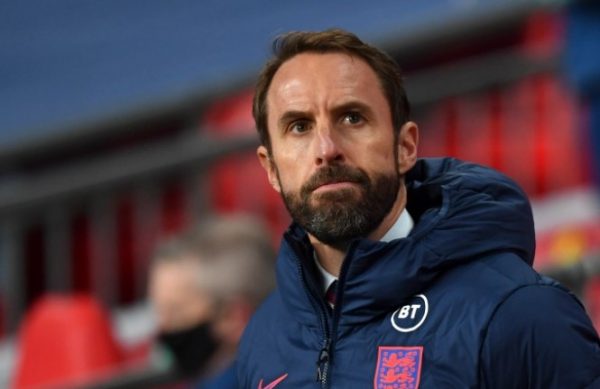 Continental football commentators are less than impressed with England’s 2-1 victory over Denmark, with some Spanish pundits leading the way against the team’s win.

Across Europe, pundits and sport columnists are spitting feathers over England’s dramatic victory over Denmark in Wembley going so far as to allege an English win has been stitched up in advance.

Spain’s El Chiringuito, well known for its post-match banter, said the decision to award Raheem Sterling a penalty against Denmark is “favouritism”.

Sports reporter Roberto Morales, a guest on the show, also suggested that the tournament should not have been held in England because of Brexit.

“For me, this has been the most shameful competition that we have covered. It has been pathetic,” said Morales.

“We’ve had matches in cities that aren’t even European in any sense. We’ve got a final that was prepared for a country that left the European Union. It has been totally prepared. They’ve played every game at home except one. It has been totally conditioned for England. All that was missing was the help received with the penalty in a game that was proving complicated,” he added.

England will face Italy in the final on Sunday and a number have polls have shown that on Continetal Europe, ENglsih suppoters will be hard to come by.

According to L’Equipe, a French paper, out of 80,000 respondents, 69 per cent will be cheering for Italy and just 20 per cent for England.

European Commission President Ursula von der Leyen, despite spending time in London as a student as a security measure against her possible kidnap as a member of a wealthy banking family, said she will support Italy.

“Her heart is with the Squadra Azzurra so she will be supporting Italy on Sunday,” a spokemans said on her behalf on July 9.

Italian newspapers, famous for their no-holds barred approach to most issues, also claimed that the game has been rigged for England because of UEFA’s relief that Prime Minister Boris Johnson opposed the rival European Super League.

Corriere dello Sport decried the tournament as “stinking of Anglophilia and anti-Italianism” and that England’s extra-time penalty was a “football crime”.

“Southgate needs the help of the referee to reach the final against Italy,” the paper added.

Danish media have also hit out that England’s win was only because of “cowardly tricks” alluding to a laser being shone at the Dane’s goal keeper’s face.

Journalist Poul Hoi tried to console Danes that the win was all England and the UK has to be proud of.

“It is no coincidence that the third wave began in the British Isles and that it is so much more dramatic than elsewhere. Nor is it God’s random punishment that the country has the most corona deaths in Europe. It could have been avoided but it was not avoided because the leadership is too ‘poor’,” he wrote.

“And the corona fad is not an exception, but characteristic of a country that is so convinced of its exceptionalism that it even thinks itself exempt from a pandemic. Let them party… And instead rejoice that you have woken up in Denmark today,” he added.