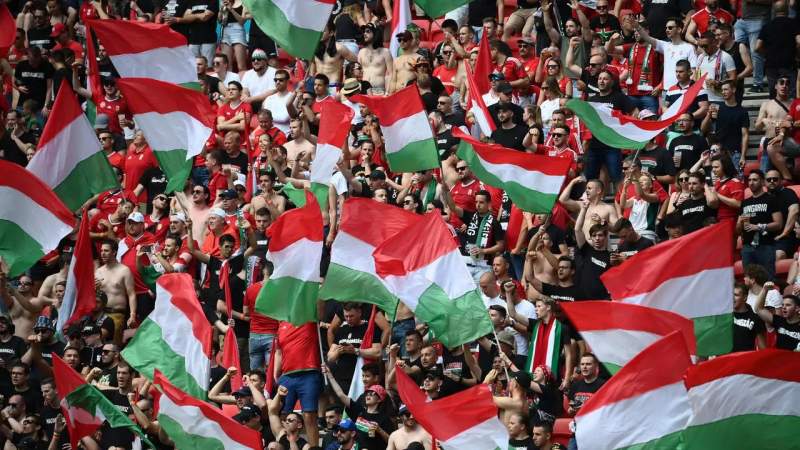 Hungary has been punished over racist abuse and discriminatory fan behaviour at three UEFA EURO 2020 matches.

Hungary has been ordered to play their next two games behind closed doors after ‘discriminatory behaviour’ from fans in three UEFA EURO 2020 matches. The incidents occurred during the fixtures against Portugal, France and Germany, all hosted in Budapest for the group stage.

During their Euro 2020 opener against Portugal at Budapest’s Puskas Arena on 15 June, homophobic banners were displayed by fans.

Four days later, before the France match, fans marched to the ground with a banner telling players to stop taking a knee to protest against racism. Several France players were also reportedly subject to racist abuse.

Hungary supporters then brought an anti-LGBT banner their game against Germany in Munich on 23 June.

UEFA announced it would take disciplinary action, ordering the Hungarian Football Federation to play its next three matches as host association behind closed doors, the third of which being suspended for a probationary period of two years.

The Hungarian Football Federation was also fined €100,000 for the discriminatory behaviour of its supporters, which included racist abuse and homophobic banners.

The decision to host these games in Hungary had caused controversy following a recent law in the country banning the ‘promotion’ of any LGBTQI+ material, including the mere display of a rainbow flag.

There was also confusion when UEFA denied it had banned rainbow symbols from the fan zone or stadium, albeit admitting the security decisions were down to the local authorities.