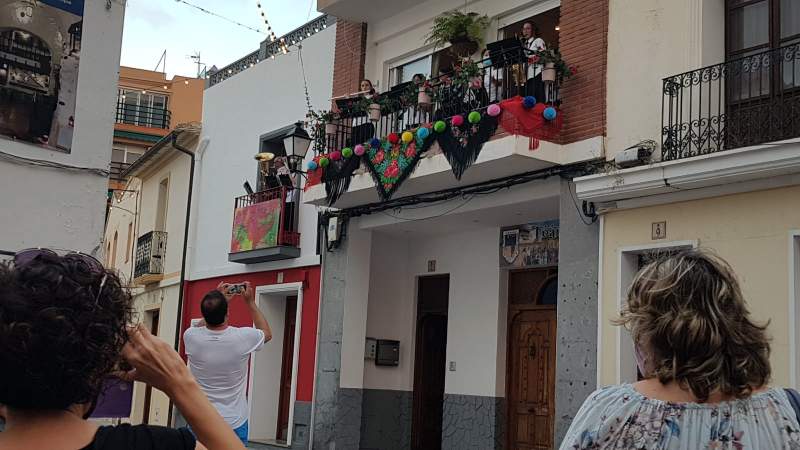 Balcony music CALPE’S Culture department is again organising recitals from the balconies of three municipal buildings in Plaza Miguel Rosello, at the old Ajuntament Vell town hall, and in Calle Llibertat.  Each mini-concert will be held at 8.30pm and again at 9.15pm on Wednesdays and Fridays throughout July and August.
Left out LA JARA’s new school primary school finally replaced deteriorated prefab classrooms but six months later 164 pupils were still using their old playground.  Local sources explained that the constructor is questioning a €300 payment, allegedly not mentioned in his contract, and is refusing to finish the play area.
Pool tragedy A BRITISH tourist (64), died in Benissa after hitting his head when diving into a friend’s swimming pool, unaware that the water was only a metre deep. Despite the prompt arrival of Policia Local officers and an SVB ambulance with doctor, all efforts to revive him were unsuccessful.
New look VILLAJOYOSA’s Technical Services department is renewing the decking that separates the promenade from the beach at Playa Centro. Residents had repeatedly requested improvements to the Paseo Maritimo whose image had deteriorated owing to planks that were visibly affected by the weather and sea air, the department explained.
Walk there THERE are now 3,000 free parking spaces in Denia in Torrecremada, Bosc de Denia, the Les Marines and Les Rotes. The car parks are all within a 10-minute walk from the centre in an initiative to avoid traffic jams and provide more space for pedestrians in the most-visited streets.
Pool contract  JAVEA town hall has accepted a €4.679 million tender to build the long-awaited covered and heated municipal swimming pool.  The contract has been awarded provisionally and must first be confirmed at a plenary council meeting once the company involved has provided all the necessary paperwork, municipal sources revealed.
EU grant BENITACHELL has received €252,685 from Brussels which will be spent on regulating vehicle access to the Moraig cove with a car park and a shuttle bus down to the beach.
Always open THE Generalitat agreed to renew Alfaz’s status as a Much-visited Tourist Area (ZGAT) which will allow its shops to open on Sundays and national holidays for a further four years.
Wave action COASTAL AUTHORITY Costas will spend €67,000 on regenerating the beaches in Oliva, Daimus, Bellreguard and other La Safor towns to halt the erosion that is eating away at their sands.
No case A BENIDORM court has temporarily shelved the case against Altea’s mayor Jaume Llinares and Urban Development councillor Jose Orozco, accused of turning a blind eye to allegedly illegal building work.