Plane carrying skydivers crashes in Sweden killing all nine on board 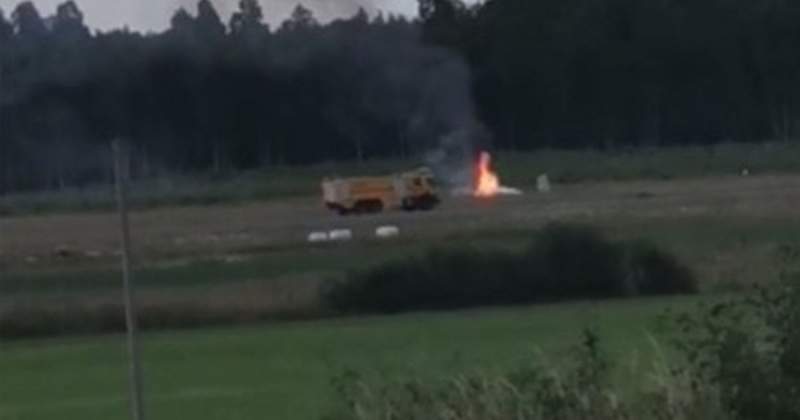 Plane carrying skydivers crashes in Sweden killing all nine on board. image: Twitter

Plane carrying skydivers crashes after takeoff in Sweden killing all nine on board.

Nine people have been found dead after a skydiving airplane crashed just after takeoff from a runway outside Orebro in Sweden.

“It’s a very severe accident. Everyone on board the crashed plane has died,” said Swedish police said on their website.

Police said the plane, a DHC-2 Turbo Beaver, was carrying eight skydivers and one pilot. It crashed on Thursday close to the runway at Orebro airport shortly after takeoff and caught fire on impact.

“It is with great sadness and sorrow that I have received the tragic information about the plane crash in Orebro. My thoughts are with the victims, their families and loved ones in this very difficult time,” said the Prime Minister, Stefan Lofven, on Twitter.

In a similar accident in 2019, nine people died in northern Sweden when a plane carrying skydivers crashed shortly after takeoff, crash investigators discovered the plane had been improperly loaded.

Orebro is the sixth-largest city in Sweden with around 124,000 people and the capital of Orebro County. It attracts 700,000 visitors per year, mainly in the summer months and is located near the lake of Hjalmaren in the south of the country, 211 kilometres (131 miles) west of the Swedish capital Stockholm.

It operates skydiving courses from May to October through a collaboration with Örebro parachute club which was founded in 1976. The tandem skydiving is arranged from Orebro Airport, Sweden’s fourth-largest cargo airport, that specialises in charter flights.