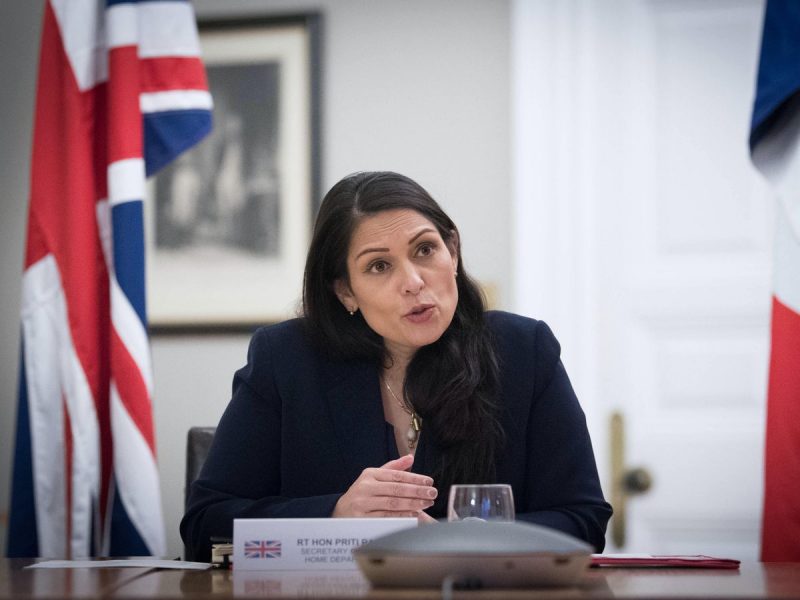 New agreement allows the UK to remove Albanians with no right to be in the UK as government speeds up return.

Home Secretary Priti Patel has signed a new agreement to remove Albanian nationals who have no right to be in the UK, as part of a two-day visit to Tirana.

The signing comes days after the Home Secretary’s plans to overhaul the immigration system were laid before parliament in the Nationality and Borders Bill, which will make the New Plan for Immigration law.

The new agreement, signed alongside Albanian Minister of Interior Bledar Cuci, will strengthen the existing arrangements the UK has to remove Albanian nationals who have no right to be in the UK. This includes failed asylum seekers, foreign national offenders (FNOs), and individuals who have overstayed their visas.

Albanian nationals make up the largest number of foreign national offenders in UK prisons totalling 16 per cent of the FNO population.

The Home Secretary has accelerated the removal of foreign criminals following the easing of coronavirus travel restrictions, and since April the government has removed 254 Albanian criminals from the UK as well as 85 other Albanian nationals with no right to be here.

“I am determined to fix our immigration system, clamp down on illegal entry, and remove those with no right to be in UK as swiftly as possible,” Priti Patel said on July 9.

“Our New Plan for Immigration, coupled with this new agreement, will speed up the removal of Albanian nationals who have committed crimes in the UK and overstayed their welcome.

“I make no apology for removing dangerous foreign criminals to protect the British people and, so far this year, more than 1,000 foreign criminals have been deported, with more being removed every single week,” she added.

The new agreement on removals to Albania will support the legislative changes the Home Secretary is making as part of the landmark Nationality and Borders Bill.

The Bill will expand the Early Removal Scheme making it easier to remove as many foreign criminals from the UK as early as possible and maintain the British public’s confidence in the justice system.

Whilst in Albania, the Home Secretary also met Prime Minister Edi Rama where she welcomed the continued cooperation between the UK and Albania in tackling serious organised crime in the region. They also reaffirmed their shared commitment to cracking down on Western Balkan based organised crime groups involved in drugs trafficking, illicit finance, and organised immigration crime to the UK.