Will it Really Come Home for England on Sunday? 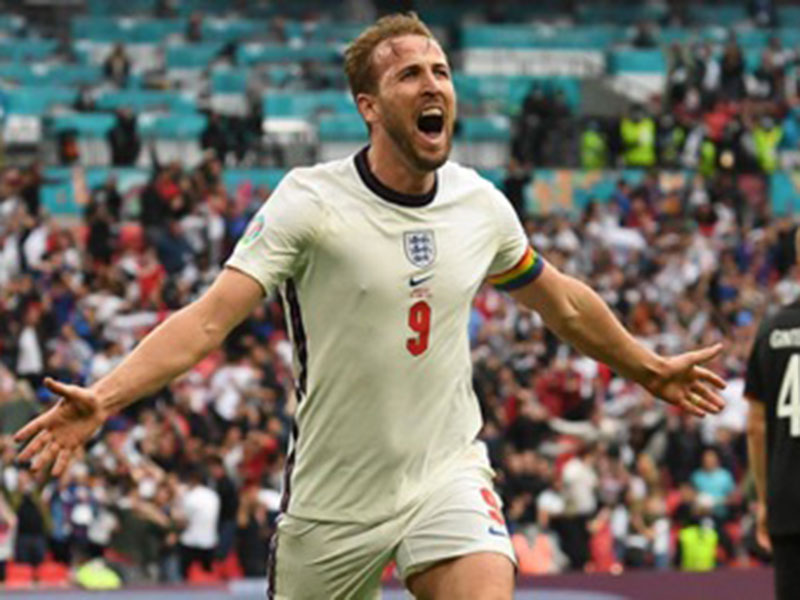 When the latest iteration of the European Championships kicked off on Friday, 11th June, many pundits considered defending champions Portugal, world champions France and perennial contenders Belgium to be the favourites.

However, not one of these sides even progressed beyond the quarter-final stage, with both France and Portugal eliminated in the round of 16 by Switzerland and Belgium respectively.

Now, it’s Italy and England that will compete for the Henry Delaunay trophy on Sunday, 11th July. They’ve undoubtedly been the best and most consistent sides throughout the tournament, while a quick glance at our Euro 2020 Squad Builder shows that they undoubtedly have the best selection of players overall.

But how do the bookies see the final, and will England lift their first major title since their iconic World Cup win in 1966?

Are England Favourites With the Bookmakers?

There’s no doubt that the bookies are finding the delayed 2020 final hard to call, with England arguably the narrow favourites with most sportsbooks.

In fact, they can be backed at an average price of 13/8 with most operators, while Italy are second favourites at the marginally longer odds of 15/8.

This may reflect the slightly superior depth that exists in England’s squad, while it certainly recognises England’s home advantage in the final and the fact that the game will be played in front of 80,000 baying fans at Wembley.

However, the difference between the two sides is actually negligible, particularly when you consider the typical starting 11s and the core characteristics that define both sides.

For example, both England and Italy have built their campaigns to date on strong and organised defences, which have been martialled superbly by Harry Maguire and Giorgio Chiellini respectively. To this end, Italy have only conceded two goals in their six tournament matches to date, while England have shipped just one and none at all from open play.

Sure, England’s pragmatic approach has arguably stifled their attacking machinations at times, but attacking players such as Raheem Sterling (the Three Lions’ standout performer) and Harry Kane have delivered superbly at key moments in games.

Conversely, Italy looked like a formidable attacking force earlier in the tournament, before becoming increasingly cautious as things have progressed. Certainly, they were outplayed for large parts of their semi-final with Spain, relying on aggressive counter-attacking and seasoned defending to keep Luis Enrique’s men at bay.

So, we should probably expect a tentative and cautious game on Sunday, with England retaining a slight competitive edge due to home advantage and a slightly deeper squad of players.

A Tactical Overview – How Can England Beat Italy?

Gareth Southgate labelled England’s win “an incredible occasion” in the aftermath of the game, and there’s no doubt that Wembley will be an emotional place on Sunday as the Three Lions seek their first tournament win in 55 years.

If we delve beyond this, however, we see that England actually retains an excellent chance of beating the Italians in the final, especially when you consider the pace in their attack and the direct running skills of players such as Sterling.

Certainly, Sterling was the outstanding performer as England beat Denmark, and his incessant movement and dribbling ability will prove incredibly challenging for the aging Chiellini and his centre-back partner Leonardo Bonucci.

Similarly, the Italians struggled to maintain a high line against the Spanish, with quick players like Dani Olmo and Mikel Oyarzabal forcing the defensive line back with their non-stop running.

This, in turn, disrupted the Italian’s attacking play and aggressive, vertical tika-taka style of possession, making them less effective and increasingly defensive over time.

So, if England retain Sterling and Bukayo Saka either side of Harry Kane in attack, the Three Lions may be able to take control of the game as it progresses while creating space for Jack Grealish and Phil Foden later in the match.

While this approach can give England a chance of beating Italy and containing their fluid attacking play, Southgate’s men will also have to overcome the nerves that blighted the first 35 minutes or so of their semi-final clash with Denmark.

Make no mistake; England were frantic during this period, with Jordan Pickford giving possession away cheaply on several occasions and the midfield struggling to cope when pressurised by the Danes.

Sure, the goal ultimately settled England provided a platform on which they could build, but they’ll need to maintain their composure from the start if they’re to beat a well-rounded Italy side.

Remember, Italy are less likely to tire in the same way as the Danes too, while they’ll be able to call on some high quality players from the bench as the game progresses.