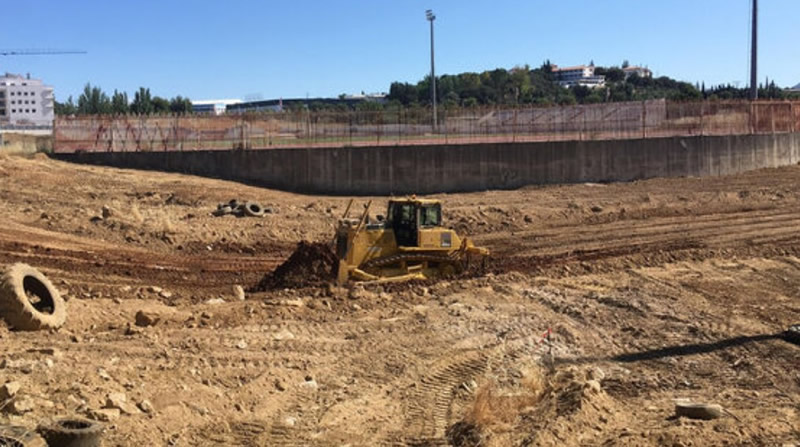 Maria de la Paz Fernandez, the mayor of Ronda, together with several representatives of her government and the construction company, on Thursday 8, laid the inaugural ‘first stone’ to herald the construction of what will be Ronda’s new summer swimming pool, a €1.7 million infrastructure that is expected to open its doors next summer.

As the construction begins, excavators are already working on the plot that will house the new facilities, which are located next to the current football field, and will be a complex comprising a 50-metre long swimming pool, with changing rooms, leisure spaces, a health care centre, and a restaurant, along with an outdoor parking area.

This new facility will help cover the loss of the municipality’s previous one, after its closure, and the mayor was especially excited about this project, while at the same time showing her satisfaction that a Ronda company had been the winner of the public tender, while also helping to create extra jobs locally over the next nine months.

“It is a historic day, we have worked hard to make one of our electoral promises come true, and we do it in a big way, because that’s how we want the projects to be in our town, in a big way”, stressed Ms Fernandez, pointing out that it had taken two years of talks and planning to reach this stage.

She added that the new complex will have a capacity for up to 1,000 people, making it large enough to meet the demands the town has at this time, “It is a huge pool”, she commented, before thanking her municipal government colleagues for helping to make this project a reality, as well as the urban planning department technicians, as reported by malagahoy.es.