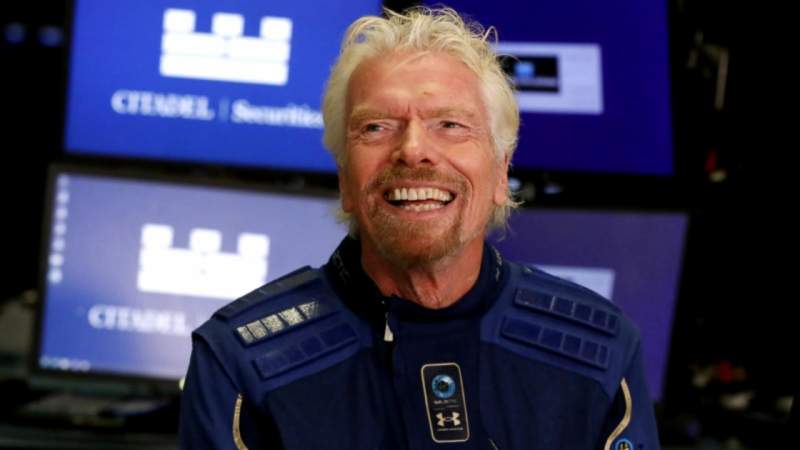 Sir Richard Branson, the 70-year-old Virgin Galactic founder will lift off on Sunday, July 11, afternoon from a runway near the small town of Truth and Consequences in New Mexico on the maiden passenger flight of his company’s SpaceShipTwo spaceplane.

Dubbed the VSS Unity, it will be lifted to about 50,000ft by a specially made aeroplane, WhiteKnightTwo, before detaching from the mother ship, firing its hybrid rocket engine and climbing beyond Earth’s atmosphere into space.

Sir Richard will then enjoy a few minutes of weightlessness and unbeatable views through Unity‘s 12 windows, before re-entering the atmosphere and gliding back down to a conventional landing between one and two hours after launch.

“At that moment, we will have become astronauts,” Sir Richard told a US TV crew last week. “I will pinch myself. And pinch myself again and again. I can’t wait.”

This is the experience that Virgin hopes to begin selling to space tourists as early as next year, with 700 customers already having bought tickets for between $200,000 and $250,000.

If the mission is successful, Sir Richard will narrowly beat his rival Jeff Bezos, the richest person in the world, who recently stepped down as Amazon chief executive to focus on other projects such as his space exploration company Blue Origin.

Mr Bezos and his brother Mark will blast off in a more conventional two-stage rocket called New Shepard on July 20. Sir Richard and Mr Bezos are vying to capture the nascent space tourism industry, which will be worth around $3.4bn by 2028 according to analysts.

On Friday Blue Origin hit back at its competitor by claiming that Sir Richard will not be a real astronaut because he will not be going above the Kármán line, which some scientists use to define the boundary of outer space.