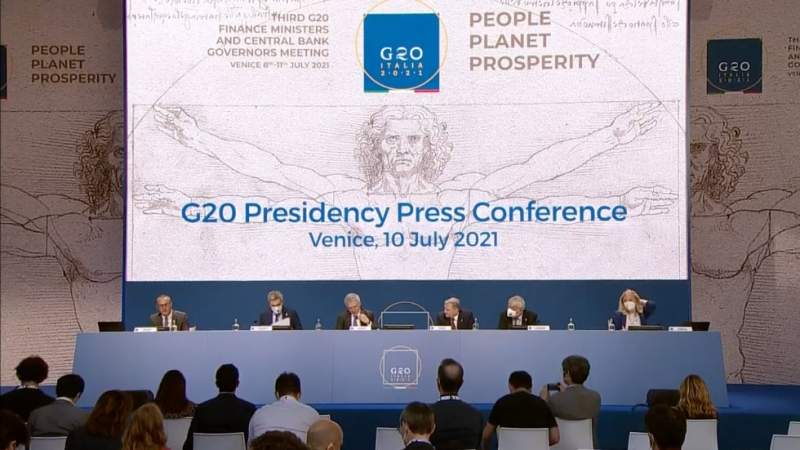 G20 finance ministers meeting in Italy have warned that virus variants are threatening a global recovery.

A recent upsurge in new coronavirus variants, coupled with poor access to vaccines in developing countries, is threatening the global economic recovery, finance ministers of the world’s 20 largest economies warned on Saturday, July 10.

The G20 gathering in the Italian city of Venice was the ministers’ first face-to-face meeting since the start of the pandemic in 2020.

A communique said the global economic outlook had improved since G20 talks in April thanks to the rollout of vaccines and economic support packages but acknowledged its fragility in the face of variants like the fast-spreading Delta and it’s variants.

“The recovery is characterised by great divergences across and within countries and remains exposed to downside risks, in particular the spread of new variants of the COVID-19 virus and different paces of vaccination,” read the communique.

While G20 nations promised to use all policy tools to combat COVID-19, the Italian hosts of the meeting said there was also agreement to avoid imposing further new restrictions on people.

“We all agree we should avoid introducing again any restriction on the movement of citizens and the way of life of people,” said Italian Economy Minister Daniele Franco, whose country holds the rotating G20 presidency through to December.

Differences in vaccination levels between the worlds rich and poor remain vast. WHO Director-General Tedros Adhanom Ghebreyesus has called the divergence a “moral outrage” that also undermines wider efforts to tame the spread of the virus.

While some of the wealthiest countries have now given over two-thirds of their citizens at least one shot of a vaccine, that figure is in stark contrast to the well below 5% for many African nations.

Brandon Locke, of the public health non-profit group ONE Campaign, decried what he described as the G20’s inaction, calling it “a lose-lose situation for everyone. Not only will it cost lives in poorer countries, it increases the risk of new variants that will wreak havoc in richer ones,” he said.

Italy said the G20 would return to the issue of vaccine funding for poor countries ahead of a Rome summit in October and that new variants were an area that needed to be looked at. No further details were available.