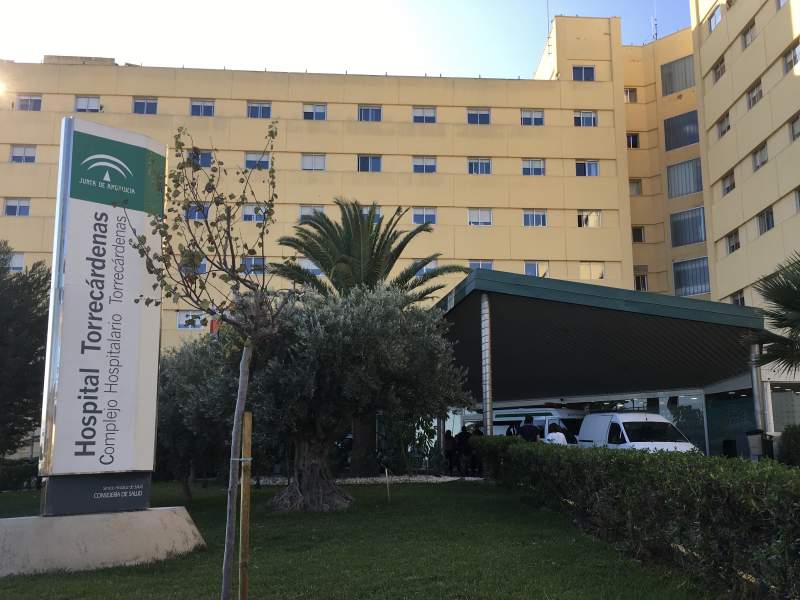 TORRECARDENAS: Outpatients will have all departments in a new building Photo credit: Junta de Andalucia

All together THE Junta is to spend €13.9 million on a new outpatients’ building at Torrecardenas hospital, solving current problems for non-residential patients as the existing departments are dispersed throughout the centre.

Fire quenched INFOCA, the Junta’s forest fire-fighting unit, took only two hours to stem a fire that broke out at 7.38am in Purchena, preventing it from spreading to a nearby electricity transformer.

Vice ring THE Policia Nacional dismantled a network dedicated to people trafficking and prostitution, arresting 17 people in Almeria province and five in Marbella. The women involved, practically all from Eastern Europe, were lured to Spain with false job offers, only to find themselves forced to work as prostitutes.

No hold-up THE Almeria, Poniente and Levante-Alto Almanzora health districts expected to receive 5,000 fewer vaccines this week from Pfizer, AstraZeneca and Moderna compared with supplies sent in the preceding week. Despite the shortfall, mass vaccinations have still been going ahead in all three areas, the Territorial Health Delegation confirmed.

Lighting up ENERGY company Endesa will spend €662,000 on improving electricity infrastructure in Almeria City.   The project focuses on renewing the existing network, computerising power distribution with the latest technology and innovative techniques, while installing new transformers throughout the capital that will respond immediately to voltage spikes or other problems.

Jump to it HUERCAL DE ALMERIA’S newly-inaugurated Parkour Park has been named after Alex Segura, a local “influencer” whose social media pages have more than one million followers. Huercal-born Alex is an expert in the activity which involves moving rapidly through an urban environment by running, jumping and climbing over obstacles.

Going, gone JOSE CHRISTIAN CALLEJO, El Ejido councillor for Internal Administration and Personnel who was third in the Vox party’s local hierarchy, resigned from the party and left his town hall seat.  His departure follows that of Juan Jose Bonilla, Vox’s former Number One and party spokesman, for “personal reasons.”

More staff ANDALUCIA’S Health service, SAS, is engaging 25,000 health professionals to cope with the Covid pandemic during the high season, a 28 per cent increase on summer 2020.  A total of 2,354 contracts have been allocated to Almeria province, although the greatest number – 5,414 -corresponds to Malaga province.