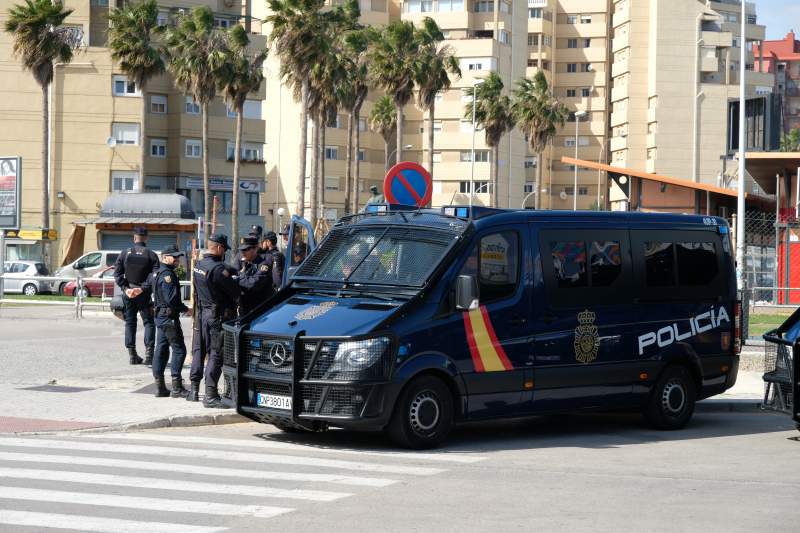 OFFICERS from the National Police have arrested four people in Malaga on suspicion of belonging to a burglary gang.

The gang suspects, aged between 18 and 21-years-old, all of Spanish nationality, were arrested following 28 burglaries in Malaga city.
The investigation began after police received reports of several burglaries all carried out in a similar way.
The National Police said: “The crimes occurred in the middle of the night when the residents slept.” Officers claim the group gained access to the first or second floor homes and made away with valuables.
The robberies showed “great skill,” in accessing the homes’ balconies, according to police, leading investigators from the Theft group of the Provincial Police Station of Malaga to focus their investigations on fans of urban acrobatics.
Their investigations led them to identify the suspects, who were arrested for their alleged crimes of belonging to a criminal organisation and robbery with force. Recovered effects were found searches of the suspects’ homes.
The suspects are between 18 and 21 years old, and are accused of burgling homes that they accessed through windows more than five meters high.
Officers have confiscated several stolen items, including jewellery, money, an electric scooter and other belongings. Police also found game consoles, watches, mobile phones, computers, and even a robot vacuum cleaner.
The suspects are also accused of other crimes, including robberies with violence or intimidation and fraud.
The case has been handed over to the Court of Instruction number 4 of Malaga, with two of the gang being ordered into prison following the crimes in Malaga.
The news comes after the Malaga government announced it is adding 300 National Police officers to its force this summer.
The government said the National Police officers would be brought in to provide surveillance in stations, ports, airports, and hotels in Malaga.
In ‘Operation Summer 2021,’ police will increase surveillance and preventive controls in stations, ports, airports, hotels, beaches, as well as at large festivals in a bid to crack down on crime.
A representative of the Malaga government said their priority was “prevention of crimes against property.”
The representative said: “Citizen security is a determining factor in the value chain of the tourism sector in Malaga as a safe destination.”
The police will be out in force in Malaga this summer.