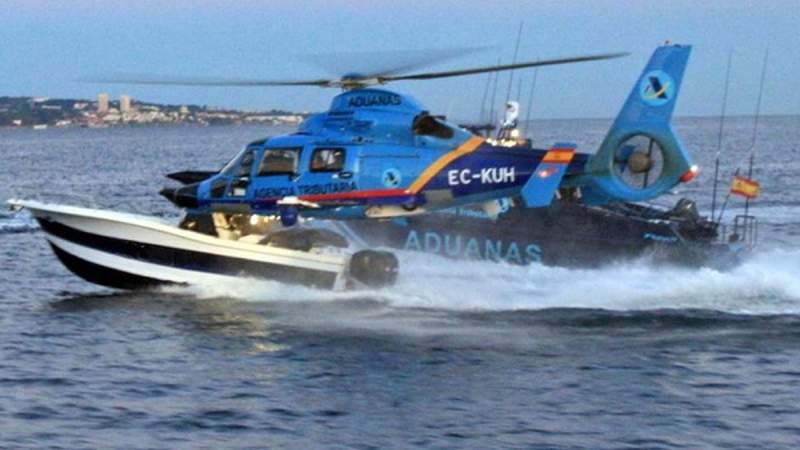 AN OFFICER has been killed in a helicopter crash while chasing an alleged drugs boat in San Roque, Cadiz.

The incident, which left one officer dead in a helicopter crash, took place at 12.20 am on Sunday, July 11, next to Sotogrande beach in Cadiz.

The 60-year-old customs surveillance agent reportedly died after the helicopter they were using to carry out surveillance crashed into the water to prevent drug traffickers from entering the coast of Cadiz.

The helicopter, with three occupants inside from the Customs Surveillance Service, was pursuing a suspicious vessel when it crashed into the water, killing one of the three officers on board.

According to media reports, despite wearing a life jacket the deceased agent was trapped inside the helicopter without being able to get out while it sank.

A Customs Surveillance boat, which was also participating in the pursuit, rescued the two survivors and recovered the body of the officer.

The two survivors have not suffered serious injuries and the deceased’s body has been taken to Algeciras.

The news comes after police dismantled a drug network working on the Cadiz coast.

Officials of the Tax Agency and officers of the National Police dismantled one of the most active criminal organizations in the introduction of hashish along the coast of Cadiz and have arrested 23 people, including leaders and subordinates, 13 of whom have entered prison.

The gang, located in the Bay of Cadiz, had its operations centre in the Sierra de San Cristobal de El Puerto de Santa Maria, taking advantage of its special geographical location to control the entry of drugs through the river, as reported by Andalucia Informacion.

In a statement, the National Police and the Tax Agency detailed that the investigators began their investigations after detecting a series of suspicious recreational boats in the Rota marina, Cadiz, and they identified the people who were really behind these boats, a specialized criminal organization in the introduction of large quantities of hashish through the waters of the Strait of Gibraltar.

A joint device of the National Police and Customs Surveillance of the Tax Agency was able to determine the presence of a large and powerful semi-rigid boat loaded with numerous bales of hashish in front of the Bay of Cadiz.

Police said that two recreational boats left the area of ​​the Bay of Cadiz until they made contact and started the transfer of numerous bales to the recreational ones.

Obe of the vessels was intercepted when it was about to introduce a ton of hashish through the Guadalete river, and, with the collaboration of the Maritime Service of the Guard Civil, the second vessel, whose crew members had thrown the substance and officers arrested five people in Cadiz.