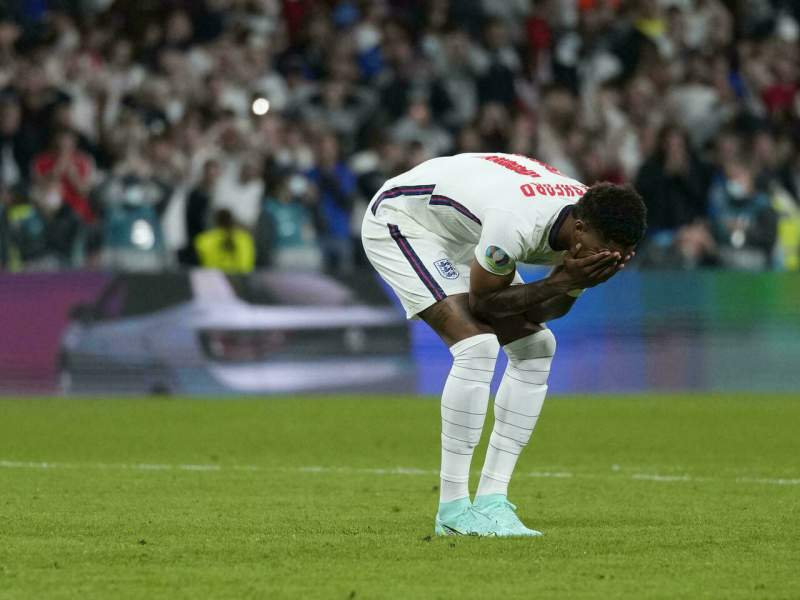 Proud of the team, but not the 'yobs'. Image: Twitter

The Football Association has severely condemned racist social media content aimed at England players after the Three Lions were beaten by Italy in the Euro 2020 final at Wembley on Sunday, July 11.

The association has also urged online platforms to do more to prevent hateful messages from being posted, something that is unfortunately become an increasingly frequent occurrence.

Marcus Rashford Jadon Sancho and Bukayo Saka all missed from the spot on Sunday night as England went down on penalties.

A spokesperson said: “The FA strongly condemns all forms of discrimination and is appalled by the online racism that has been aimed at some of our England players on social media.

“We could not be clearer that anyone behind such disgusting behaviour is not welcome in following the team. We will do all we can to support the players affected while urging the toughest punishments possible for anyone responsible

“We will continue to do everything we can to stamp discrimination out of the game, but we implore the government to act quickly and bring in the appropriate legislation so this abuse has real-life consequences.

“Social media companies need to step up and take accountability and action to ban abusers from their platforms, gather evidence that can lead to prosecution and support making their platforms free from this type of abhorrent abuse.”

Defender Luke Shaw put England on course for their first major tournament success since 1966 with an excellent half-volley inside two minutes.