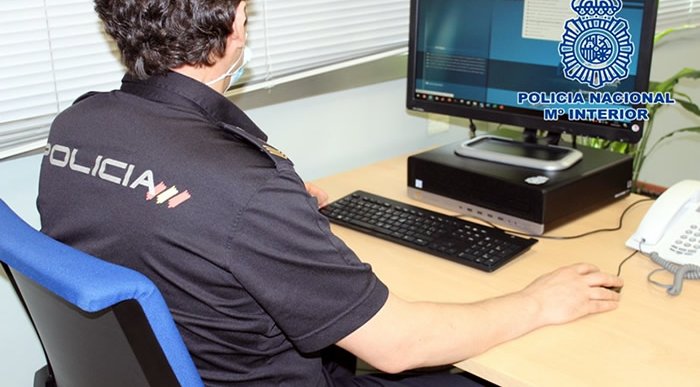 Cybercrime in Malaga province increased by 40 per cent during 2020. image: policia nacional

National Police officers, in ‘Operation Monaco’, have carried out an investigation against an alleged criminal group dedicated to manipulating electronic roulettes in gambling halls, and investigators estimate that in one night, the gang would have illegally earned €56.500.

Three of the alleged members of this organization were already arrested a few months ago in Madrid, charged with operating scams in up to 19 establishments, where they would have swindled around €60,000.

Currently one of those investigated for the events reported in Granada is in prison in Madrid, while three other identified, two men and a woman are unaccounted for, with investigators continuing the search for their location, an arduous task since they are known to often abandon the national territory, and when they are in Spain, they change their address regularly.

This recent investigation was launched after a complaint from the owner of a gambling establishment located in the centre of Granada, and during their investigation they discovered the modus operandi used was a radio frequency identification card that could alter the normal operation of two roulette-type gaming machines, causing them a financial loss of €56,500.

The type of radio frequency card used to manipulate the result of the bets on the gaming machines has a level that is only available to the manufacturer, but, there are other types of cards with lower levels of use that, once created, can be inserted into the reader installed on the machine, after obtaining the administration permits granted by the superior card.

This gang of alleged scammers would have accessed the system with administration permissions, cancelling the non-winning games in order to win the bet, and then reuse it again in the next play, and they would have repeated this action until they were awarded the money during the hours that they were repeatedly participating in the games.

According to the data formulated during the investigation, the card with the highest level of access would have been used only for the creation of the lower card, the latter being the one used for the scam, so that, in case of being discovered, the main card could continue to be used in other machines, as reported by granadadigital.es.