Home Secretary to ban extreme right-wing terrorist group, The Base 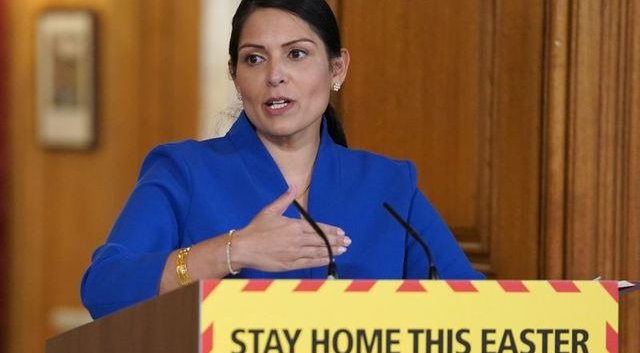 Home Secretary Priti Patel will ask parliament to proscribe terrorist group, The Base.

The group was first formed in 2018 and shares many of its aims and ideologies with Atomwaffen Division and its alias National Socialist Order, which the Home Secretary proscribed earlier this year.

Proscription makes it a criminal offence to be a member of, or invite support for the group, with those found guilty now facing up to 14 years in prison, after the government increased the maximum sentence through the Counter-Terrorism and Sentencing Act 2021.

“We continue to take robust action against evil white supremacist groups, who target vulnerable people across the world to join in their hateful ideologies and their sick promotion of violence,” the Home Secretary said on July 12.

“I am committed to making it as difficult as possible for these organisations to operate in the UK, both by banning them and increasing the penalties for membership or support, in order to protect the public and our national security.

“Proscribing organisations aid the police in its work to disrupt all forms of terrorist groups who threaten our national security. This action also sends a strong message that The Base’s ideology and their actions are unacceptable and won’t be tolerated in the UK,” she added.

The Base has celebrated and promoted the use of violence in an attempt to establish a fascist, white ethno-state by means of a ‘race war’, and members are known to have engaged in weapons and explosives training.

Its founder has also published a series of videos under his alias covering topics including “lone wolf” activity, advocating guerrilla warfare and leaderless resistance.

In January 2020, alleged members of the group were arrested in the US, having been under FBI surveillance for months.

The Home Secretary’s decision to proscribe The Base follows advice from the Proscription Review Group, which brings together experts from across government including representatives from operational partners and the intelligence community to assess the risk posed by groups which may be considered for proscription.

The proscription order laid in Parliament on July 12 will be debated and, subject to approval, will come into force later this week.