Italy are the Champions of Europe 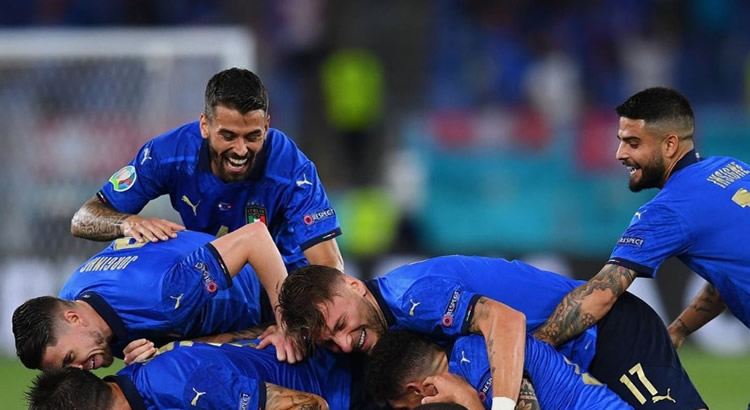 The moment was finally upon us, England versus Italy at Wembley Stadium, the culmination of one month of international competition, leaving just two nations standing to battle it out for the trophy that England have never won, and that Italy last won back in 1968, having since been runners-up in 2000, and 2012.

Gareth Southgate had tweaked his team slightly, going with a five-man defence that featured Atletico Madrid’s Kieran Trippier, who replaced the young Arsenal striker Buyayu Saka in the starting eleven, apart from that, he started with the same team that played Denmark in the semi-final.

Southgate must be able to predict the future, because the player he had introduced was responsible for an incredible ball across the box that found Manchester United’s Luke Shaw in space, and he thundered a shot on the half-volley beyond the stranded Azzuri keeper Gianluigi Donnarumma, scoring the fastest goal ever in the history of the tournament, after only 1 minute and 57 seconds.

Both teams pressed but there were no real clear-cut chances, as both sets of players defended their lines so well, and England’s midfield was superb, as they went in 1-0 ahead at the break.

Incredibly, in the 64th minute, England had only their second attempt on goal, as John Stones rose to meet a corner, forcing Donnarumma into a fingertip save.

And then came disaster for England, as Chiesa won a corner in the 66th minute, the ball was crossed to the far post where Marco Verratti’s header was brilliantly blocked by Pickford, only for the ball to bounce to veteran defender Leonardo Bonucci who couldn’t fail to score, and Italy were level.

Southgate dealt a card in the 70th minute, swapping Kieran Trippier for Saka, and then Henderson replaced Declan Rice, but try as they may, there was no way through a very solid Italian defence, and the game drifted towards an extra 30 minutes of play.

Harry Kane has not had a single touch of the ball in the opposition’s penalty area for the entire 90 match.

Extra time saw Jack Grealish take the field, replacing Mason Mount, and Mancini surprisingly swapped Verratti for Locatelli, after Verratti had dominated the middle of the field for the Italians for a lot of the second half.

A last throw of the dice saw Man United pair, Jadon Sancho and Marcus Rashford enter the field of play, with three minutes left on the clock, it really looks like going to penalties.

And so, with Pickford saving two penalties, Donnarumma saved penalties from Rashford, Sancho, and finally Saka, for Italy to be crowned the new champions of Europe.